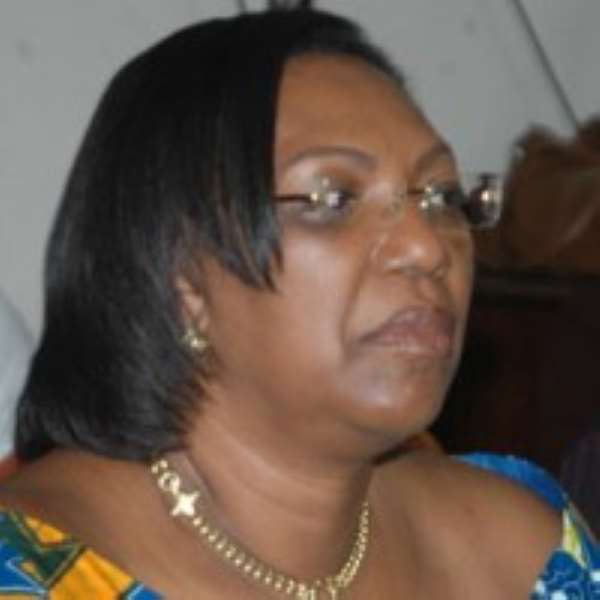 On March 22, 2019, which was the birthday of Mrs. Betty Mould Iddrisu, Mensah Thompson wrote a very nice piece; the contents of which I totally agreed with. I, however, disagreed with the title 'the undercelebrated Betty Mould Iddrisu' because all she continues to get in appreciation of her efforts are endless and unjustifiable persecutions; Undercelebrated would mean she's at least being celebrated but our party DOES NOT.

Before I proceed, let me state for the avoidance of doubt that this write up does not have the blessings of Madam Betty Mould either overtly or covertly. Some of you might even read this piece before she gets the chance to and so if you harbour any disagreements, channel it directly to me and no one else.

I had followed from afar the illustrious and distinguished services of Mrs. Betty Mould Iddrisu whether it was during her days as the copyright administrator, as state attorney, in academia or at Commonwealth Secretariat. To many of us, the decision of our party, the NDC to consider her as a potential running mate to Prof Evans Atta Mills was spot on; if it had to be a woman then who else than Madam Betty Mould. But that was the beginning of her end!

Her reforms and success stories as the first female Attorney General and also a Minister of Education did very little to pacify those who wanted her downfall; her exceptional service to the nation was deemed by them as ambition. They conceived a plan to crush her and ruthlessly proceeded to do same. Not even her election as National Vice Chairman of the NDC could appease these 'human gods' as they deemed her every rise as defiance of their non-existent POWER. Her decision to make history by taking a shot at becoming the first female Chairman of the NDC presented them with the perfect and final opportunity to nail her coffin; and so they did (atleast they think so). However, their worries seem not to be over yet as at every given opportunity, they want to either denigrate or undermine her.

The recent last-minute machinations to have her replaced as Chairperson for a Public Forum organized by the Coalition for Restoration is the latest in a series of organized persecution, especially from her own party. But as a Senior colleague rightly put it, Betty Mould lives! Her heart of gold means that no matter the persecutions, she'll meet these people and still smile with them. God, please don't give me such an accommodating heart because the Akans say 'y3 de y3 wo na any3 wo ya aa y3n gyan wo fa y3'!

Throughout my short political life, I have not seen any politician more accessible than Mrs. Betty Mould Iddrisu. I have seen times when she has had to give the last money in her wallet to complete strangers. I know of times when she looses sleep not because of her own woes but because she is thinking about how to solve someone's problem. I have met people she has mentored who have turned against her yet she hold no grudges. If these traits merit the constant persecution then my party is SICK!

Feel free to throw punches but expect an equal and opposite response.