One Person Bailed, Five Others Held Over Chereponi Violence 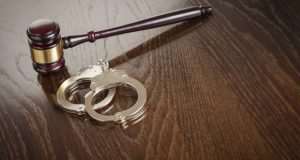 The third accused person in the recent Chereponi violence case, Malik Mohammed has been granted bail by the Tamale Circuit Court on Wednesday, April 3 after pleading innocence.

The other five who pleaded guilty have been remanded into prison custody awaiting conviction, Mr. Mohammed Musah, registrar of the circuit court in Tamale told Citi News.

The court demanded two sureties, both public workers in good standing who reside in Tamale before granting the bail to Malik.

His lawyer, Mr. Duglas Agyei told explained that “he was granted bail because he did not plead guilty in court.”

In late March 2019, six persons out of eight suspects who were arrested in connection with the violence between the Chekosis and Konkombas were remanded into police custody.

Three persons lost their lives and more than 20 communities burnt in the latest violence.

Some students of the Chereponi Senior High School fled the school premises following clashes in the town.

The Overload of Dagbon, Yaa Naa Mahama Abukari II had sent a delegation to the troubled Chereponi and Saboba districts to discuss peace and a cease-fire.

The two sides expressed happiness about the visit and have reassured the Overload that they will do everything possible to end the fight.