Possible Sign Of Life On Mars Confirmed By Scientist 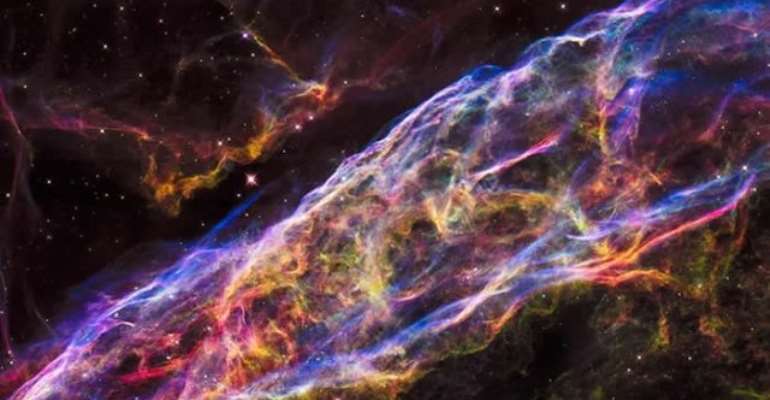 Nasa's Hubble Space Telescope has unveiled in stunning detail a small section of the Veil Nebula - expanding remains of a massive star that exploded about 8,000 years ago

Scientists have independently confirmed methane on Mars, in a possible sign of life on the planet. The gas was first spotted on the Martian surface more than a decade ago. But debate has raged about whether the detection was legitimate, as well as about where it could have come from if it is.

Now it has been independently confirmed for the first time, marking a major step forward in the hunt for the mysterious source of the gas.

On Earth, methane is a key sign of life, and is emitted from biological organisms. Even if the Martian gas is coming from another process, it is still likely to be an indication that the red planet's surface is far more active than previously thought.

In June 2013, the Curiosity rover spotted methane on the Martian surface, near the Gale Crater.

The new findings come after scientists used a spectrometer on a spacecraft to observe methane in the Martian atmosphere, near the Gale Crater.

They were also able to investigate the potential source of the methane, using numerical modelling and geological analysis, which suggested that it is coming from a fault near Gale Crater that is releasing it into the Martian atmosphere. That should prove useful to scientists looking to investigate further where the methane could be coming from.

Ever since methane was first detected, more than 10 years ago, debate has raged about whether it is coming from microorganisms or from geochemical reactions underground.

If it is coming from microorganisms then scientists could be able to follow the trace of gas in an attempt to discover whatever life could be hiding beneath the Martian surface. But the researchers in the new paper, titled 'Independent confirmation of a methane spike on Mars and a source region east of Gale Crater' and published in Nature Geoscience, note that will not be possible until its source can be found.

Scientists sent the ExoMars orbiter to the planet in 2016, in the hope that it can better understand the operation of methane on its surface and possible understand better where it is emerging from.

As well as confirming the previous detection, and helping locate a possible location to search for further emissions, the new paper suggests that the methane on Mars might not be emerging in the way some expect. Rather than coming from large emissions and being present around the whole of Mars, it might instead come out in small, short emissions from whatever process is producing it, the researchers write.