When We Travel Faster, What Do We Lose? 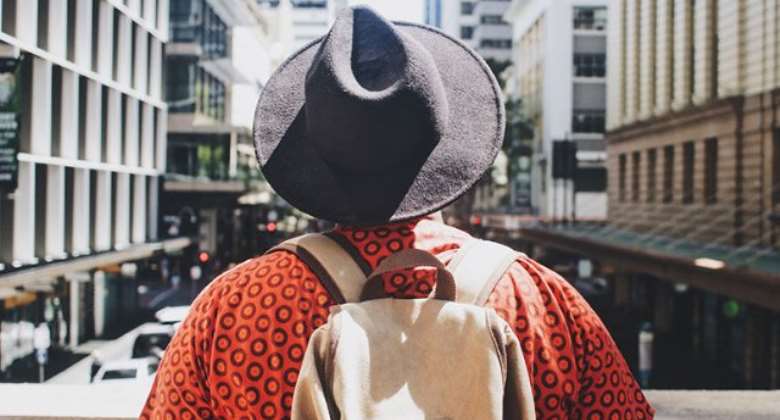 “When you can get anywhere in half the time, where will you go?” This is the marketing language on the web site for Boom Supersonic , a jet developer creating a plane that will travel at twice the speed of sound and cut travel times by half, ostensibly making the world more accessible.

he question Boom asks strikes me as surprisingly poignant, although perhaps not quite in the way it’s intended. Contemplating the query as I slowly paddle a wooden board across the Sarasota Bay, water lapping at my ankles, going nowhere in particular as birds fly by and dolphins swim alongside my old-timey conveyance, it sounds accidentally profound, even downright philosophical. It’s practically a Zen koan, like “what is the sound of one hand clapping?” This is the kind of riddle you might mull a lifetime it’s so rich. Think on it and you may attain enlightenment, going beyond conscious thought altogether.

Boom’s query is so good because it’s deceptively simple yet leaves so much to deconstruct. Considering its parts only raises more questions. Here are just a few: What is time? What’s half of that? And what is the point of travel? Is it destinations or the path? Or is it actually getting back home? And is this new airplane the innovation we need, societally or individually, practically or philosophically?

Blake Scholl, the founder of Boom, foresees a future where we’re practically teleporting from one continent to the next, when distance and time are barely related and we’re liberated from physical constraints. “Imagine crossing the Atlantic, conducting business, and being home in time to tuck your kids into bed,” the company website suggests. “Leave DC at 6:00 AM and make a 3:30 PM meeting in central London. Take your clients out to dinner and still be back in DC by 7:30pm local.”

This, of course, leads to another question. While Scholl says that speed will help bring people across cultures closer, it’s worth noting that it’s also quite likely to increase the experiential distance between the rich and everyone else. Securing a spot on a speedy 55-seat Boom jet—where all passengers get both an aisle and window seat—will cost the price of a business class ticket on a classic airplane, the company predicts. That’s cheaper than a ticket on the Concorde, the supersonic jet that stopped operation in 2003 and cost nearly $11,000 for a roundtrip between New York and London.

Airlines are betting that Scholl is onto something. Boom has received substantial investments from both Virgin Atlantic and Japan Airlines . If all goes according to plan , Boom expects to break the sound barrier with an experimental jet this year; by 2025 the business should be fully operational, supplying airlines with commercial planes that will change our relationship to time and space.

If Boom and competing supersonic plane developers —like Boeing, Spike Aerospace, and Aerion Supersonic—have their way, business people will someday be able to pack even more busy-ness into over-scheduled lives. But I’m exhausted just mulling this task-filled futuristic day on two continents. Is spending the night in a hotel in London really that bad? To me, this emphasis on speed seems anything but luxurious. I’m uncertain that supersonic travel will actually improve the quality of life of those who’ll be able to afford this rapid transport.

But Boom’s prices aren’t as affordable as a typical coach seat today. So whatever advantages speedier travel brings, they won’t be available to everyone, and certainly not immediately, which means the world will only get more accessible for a tiny percentage of people. Faster than the speed of sound

Perhaps more important than affordability and practicalities, though, are the abstract questions raised by supersonic flight. For example, what is lost when time is gained?

Getting anywhere is rarely anyone’s favorite part of a trip. Literally and metaphorically, humans tend to relish the destination over the path, viewing the journey as an inconvenience to be suffered for some ultimate result: arrival. And Boom is planning to capitalize on that human tendency. Its website urges readers to contemplate how great it will be when everyone’s zipping around the world at top speed. No relationship will have to be long distance anymore, far-off colleagues will become familiar faces, and it will be standard to hop on a plane to Asia from the US and back, all before the jet lag even sets in.

But maybe there’s also something to be said for journeys that reflect the distances we travel, for pacing and rhythm. Distorting the relationship between miles and time doesn’t always improve our experience. After all, if time is money, then being extravagant about the hours is a luxury, and being in a hurry is perhaps a kind of existential stinginess.

But maybe there’s also something to be said for journeys that reflect the distances we travel, for pacing and rhythm. Distorting the relationship between miles and time doesn’t always improve our experience. After all, if time is money, then being extravagant about the hours is a luxury, and being in a hurry is perhaps a kind of existential stinginess. Higher, faster—better?

Scholl believes that Boom’s planes will go higher, faster, and better than any commercial airplanes ever have. He’s personally and professionally excited by the possibilities. “Supersonic is all about getting there faster and changing what you can do in a day,” he says on a recent episode of the podcast Should This Exist ?

But Boom has some technical and legal obstacles to overcome if this transformation is to occur. For one thing, many countries—including the US—don’t allow supersonic flight in their airspaces because of concerns about the effects of the loud, disruptive sounds the planes make. So even if Scholl gets Boom’s jets operational, they may have to fly at subsonic speeds in certain areas to comply with current regulations.

Boom argues on its site that in the long term, however, supersonic flight bans should “be reversed and replaced with a commonsense noise standard, set to promote efficient, affordable supersonic flight while disallowing nuisance.” It contends that its jets will make 30 times less noise than the Concorde did when breaking the sound barrier and that the dangers created by exposure to sonic booms are commonly exaggerated.

The company also has to deal with heightened environmental concerns, although Boom claims that its planes will have the same fuel consumption and emissions profiles as classic subsonic jets with business class capacity and that high speed travel can be green. It plans to work with scientists and technologists to ensure the sustainability of supersonic travel, according to its website FAQ.

But given the many pressing transportation problems facing the world, is speeding up air travel even the best use of our precious intellectual and financial resources? “I look at the brilliance that it would probably take to create something like this and and part of me mourns for the problems that these people won’t be thinking about while they’re raising six billion dollars to create a 55-seat airplane that will essentially make it a little more painless for people whose lives are already painless to fly around the world,” says writer and editor Anand Girdharadas the episode of Should This Exist? Giridharadas wonders what those big thinkers could do with big budgets if tasked with solving big, pressing, serious issues, like addressing climate change.

Giridharadas has a point. It’s definitely worth reflecting on what value supersonic travel has and what it might do to humanity, now, while we still have the time. The steady march of technology has ensured that the pace of our lives has increased, too, just as relentlessly.

And we might well be right to resist. Harried as we already are, exhausted by extensive use of tools designed to make our lives more efficient, it’s only natural and correct to ask if traveling faster to get more done in a day is really such a desirable goal.

But if transportation history is any indication, people will ultimately embrace this innovation and the world will change as a result. Before too long it could be common for passengers to drink champagne on a supersonic jet high above the Earth, toasting human ingenuity while hurtling faster than the speed of sound.

Should This Exist? is a podcast, hosted by Caterina Fake, that debates how emerging technologies will impact humanity. Listen here for a more in-depth conversation on evaluating the human side of technology.