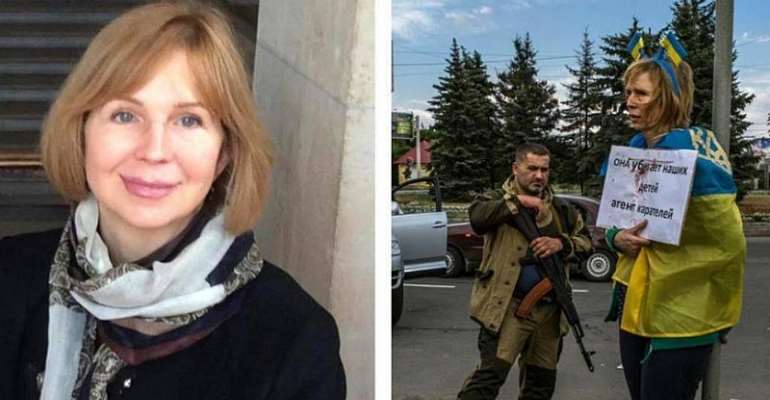 In 2014 during the conflict in eastern Ukraine a photo of Irina Dovgan appeared in the New York Times. It shows a terrified woman wrapped in a Ukrainian flag while tied to lamppost and forced to endure public beatings.

Tortured by pro-Russian separatist fighters, some who are believed to have travelled from Russia, Irina is one of 1.5 million internally displaced people now living in government controlled territory.