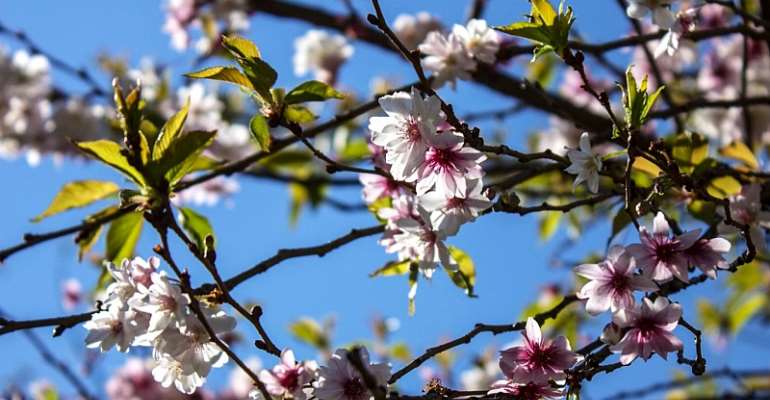 Paris is the world's most expensive city. That's according to The Economist Intelligence Unit, the branch of the famous London-based financial magazine which specializes in global studies and comparisons.

The results of the 2019 worldwide cost of living survey have just been published, and the French capital is right up there, sharing top spot with those Asian dragon cities, Singapore and Hong Kong.

It's the first time in the survey's history that three places share the title of the world's most expensive city.

The top ten is split between Asia and Europe, with Singapore representing the only city in the top ten that has maintained its ranking from last year. In the rest of Asia, Osaka in Japan and Seoul in South Korea join Singapore and Hong Kong in the top ten. Osaka has moved up six places since last year, and now shares fifth place with Geneva in Switzerland. In Europe, the usual suspects Geneva and Zurich, both in Switzerland, as well as Copenhagen in Denmark join Paris as the world's most expensive cities to visit and live in out of the 133 cities surveyed.

In a finding that will bring further confusion to already befuddled Brexiters, the report makes it clear that, in western Europe, it is non-euro area cities that remain the most expensive. Zurich (in fourth place), Geneva (joint fifth) and Copenhagen (joint seventh) are among the ten priciest. Paris is the only exception.

In seventh and joint tenth place respectively, New York and Los Angeles are the only cities in the top 10 from North America.

How much is a business suit where you live?

The rankings are based on comparisons of a range of prices in each city.

The Economist Intelligence Unit checked, among other things, the cost of a loaf of bread, a bottle of beer, a man's two-piece business suit and a woman's haircut. In total, they compared 400 individual prices across 160 products and services. These included food, drink, clothing, household supplies and personal care items, home rents, transport, water and electricity bills, school fees, domestic help and recreational costs.

I can tell you, by the way, that Geneva is the place to go for a cheap suit, with Lagos a good second choice.

The cheapest cities in the world have seen some changes over the past 12 months. In Asia, Bangalore, Chennai, New Delhi and Karachi feature among the ten cheapest locations surveyed. Lagos and Algiers are the African members of the bottom ten.

Changes at the bottom of the pecking order

This year, Damascus has conceded the title of least expensive city in the world to Venezuela's capital, Caracas, which saw a significant worsening of economic conditions in 2018, with hyperinflation and a breakdown in public services fuelling growing social unrest.

Caracas is unbeatable for women's haircutting.

Cheap is not always cheerful.

As the latest rankings show, such cities as Karachi in Pakistan, Tashkent in Uzbekistan, Almaty in Kazakhstan and Lagos in Nigeria, all of which have faced well-documented economic, political, security and infrastructural challenges, might be good value for money but ain't, to quote Elton John's Rocket Man, the kind of place to raise your kids.

As for future prospects, the Economist Intelligence Unit expects 2019 to see global growth slowing further, bottoming-out in 2020. External conditions deteriorated late last year owing to the US-China trade war and the impact of this spat is expected to be felt throughout 2019.

Equally, 2019 could see the fallout from a number of political and economic shocks having a deeper effect. The UK has already seen sharp declines in the relative cost of living owing to the Brexit referendum and related currency weaknesses. In 2019 these are expected to translate into further price rises as supply chains become more complicated and import costs rise.

Where is it best to be a woman?

And while we're on the subject of lists and classifications, the American magazine US News & World Report has just published its annual ranking of the world's most women friendly countries.

The magazine based its ratings on the answers of 9,000 women in 80 countries to questions about personal security, salary scales, sexual equality and human rights.

Sweden wins hands down with a perfect ten. Denmark comes next with a maximum score for salary equality. Canada completes the top three.

France earns 14th place, the same as last year. With honourable scores for sexual parity and human rights, the home of freedom, sisterhood and equality collapses completely to 2 out of ten when it comes to take-home pay.

The United States are even worse, in 16th position, with poor scores on salary equality and on security.

The United Kingdom is rated 13th.

At the bottom end of the scale we find Myanmar/Burma, which has dropped 12 places since last year to finish 80th of the eighty countries surveyed. Ghana is equal 80th, a big drop from last year's 60th.