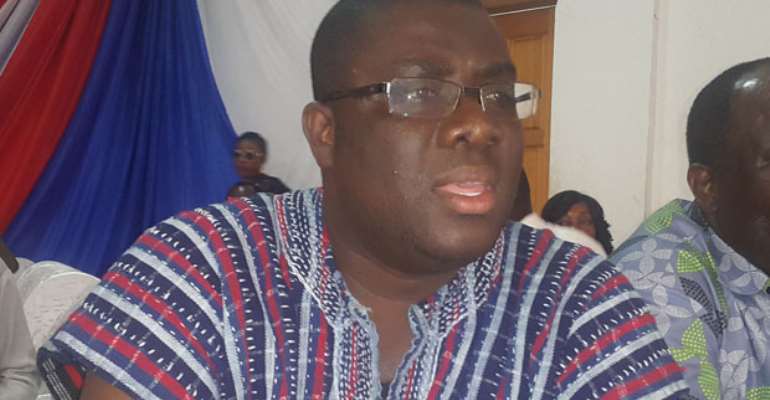 The National Organizer of the governing New Patriotic Party (NPP) Sammy Awuku and some bigwigs of the party youth have met Kadahar boys, Invisible forces affiliated to the ruling government in Tamale in the Northern Region and other parts of the country.

The group had the opportunity to engage with the leadership of Kandahar boys, Invisible forces; went to the youth in Upper East and same in the Upper West.

The purpose of the engagement had to do with vigilantism and ways of finding solutions to the violence perpetrated in recent time in the country.

There have been calls for the disbanding of vigilante groups in the country due to the increasing rate of violence in Ghana.

The National youth leaders of the NPP toured the various constituencies in the five regions of the north to engage with party youth.

Mr. Awuku noted that the youth of the party see reason with the NPP leadership and have decided not to be violent but cooperate with party leadership to be able to eliminate any politically motivated violence in any by-elections or general elections.

The National Organizer, Sammy Awuku told the media that the president tasked the leadership of the party to extend an invitation to the NDC to dialog and find lasting solution to

According to him, even though the NPP received targeted attacks from the NDC in the past, the party is still willing to help address the vigilantism issue for the good of mother Ghana.

He said the NPP National Chairman, Mr. Freddie Blay placed a number of calls to the leadership of the NDC to meet on the vigilantism issue but the NDC comes to the table with conditions.

'It's sad that NDC seem to be always bringing in issues of conditions making it difficult for all of us to sit around the table and have a dispassionate discussion'.

But he indicated that both the NPP and the NDC can agree to disagree but all efforts must be geared to finding lasting solutions to the situation that the country faces currently.

Responding to the NDC’s call for the president to resign over the documentary by the Multimedia Journalist,‭ ‬Manasseh Azure Awuni, Mr. Awuku called on the NDC to meet with their vigilant groups and sensitize them to find solutions to the vigilantism menace instead of wasting time on press conferences.