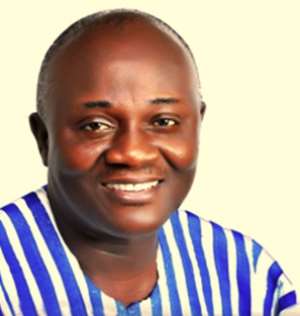 When it comes to an argument between an obedient son and a responsible father, it is always difficult for the son to make his voice heard, for fear of his father’s disfavour. The father too, for fear of losing his son’s confidence, keeps low his voice and ask questions.

Again, the child who washes his hands well is sure to eat with his elders. This is our dilemma, the youth and well-meaning citizens of Mamprugu on the issue of naming a suitable capital for our dear newly curved North East Region.

It is said by the elders of the kingdom of Mamprugu that when your goat dies, it is not the owner that skins it. We want to lament that we cited a document purported to have been generated and delivered to high places including the presidency and the Ministry of Regional Re-organization and wish to register our lamentation if the purported document is really true to its purpose.

We speak a voice as subjects, as the youth, as the tools that were used to secure a massive yes vote on the 27th of December, 2018 referendum and wish to plead with the Overlord to allow the goat to be skinned and the benefit brought to him as required.

The over Lord of the Mamprugu Kingdom has always referred to Walewale as the light of his kingdom. He has prophesied this on a number of occasions with the youth of Walewale long before the idea of the creation of the North East Region(NER) took a better part of the population. Most of the sons of Nayiri occupying the paramount status, the youth of the West and Mamprugu

Moaduri District, East Mamprusi, Bunkpurugu and Yunyoo Districts looked up to the proclamation of Walewale as the Regional Capital of the NER to manifest the long-standing assertion of the Nayiri in his view of Walewale as his light. The question that confronts the youth today is; What has changed?

As a father, with the responsibility of sharing the goodies of a hunting expedition, he should not be swayed away by the few who sits closer to him looking at his face, but the majority’s interest needs to prevail so that the next hunting expedition will even be juicier.

He has in history, tradition and culture, as handed over to successive generations, through oral tradition and written history of the kingdom, been referred to as the owner after God of the Trees, Stones, Rocks, Grasses, Animals, the Humans, Valleys and Mountains stretching from the center of the earth to the skies, from the Western Boundary of the Republic of Togo to the Eastern Territories of the Upper West Region and from the River Nasia Basin to the Southern Boundaries of Upper East Region – that is the Nayiri!, Our Overlord!

The Nayiri’s reign and ownership further include the chiefs and title holders and opinion leaders who are his tools of reign. As such, it becomes extremely difficult for any chief to decline the signing of the letter purported to be their consent to the siting of the new Regional Capital at Nalerigu. What about us, the silent, hidden, strong majority, the youth for now and for future leadership?

We are afraid we cannot speak against the King and Overlord of Mamprugu, but we suspect anything contrary to technical considerations and Majority’s interest is in the interest of the chiefs and not the larger citizens – we are watching.

The colonial Northern Territorial Capital was originally in Gambaga, the original destination of the Mamprugu Kingdom. Due to political interference on traditional and cultural leadership of Nayiri, the Nayiri had to relocate from Gambaga to Nalerigu so as to continue to assert his authority as one of the most powerful, yet peaceful kings the history has recorded. What has changed to merit the remerging of the political and traditional/cultural capital of the kingdom in recent times? We find this inappropriate. We believe that the Nayiri is totally out for development not exerting of authority.

In sending a child on errands, the one that has a track record of returning with the ripe Shea nuts, for which the child is sent should be a matter of concern and not the child that can run faster. Since Walewale is also his possession, we trust that it is not out of place to continue to project Walewale, the light of his kingdom. We think our traditional capital, Nalerigu, should not be disturbed, it should remain intact. Allow the Nayiri to have a peaceful rest and to preside over the kingdom and let the rest do the work for him.

At best, the Regional House of Chiefs could be in Nalerigu, since it harbours the traditional authority of the people of Mamprugu. For all intents and purposes, the region could achieve a holistic or balanced growth with the selection of Walewale as the Regional Capital. Nalerigu could also serve as the Traditional/Cultural and Tourism hub of the region, Gambaga as the Educational Epicenter and the other growth points as production and job creation centres.

Walewale is already a North Central Capital that is serving as forwarding and receiving points of local and international activities from the Sahelian Zone and the close proximity of the place to the upcoming Tamale International Airport, prospects are good, technically to propel Walewale as the growth centre that would put it as primus inter pares in a modern society like ours.

All said and done, we trust that the king will listen to our voice and truly allow the technical committee and the residency of the Newly Created North East Region to work out what the will of the people will be so as to leave the majority contented to continue to sustain the over eight hundred years of peace and to start a vigorous development journey and to let his name remain as the most influential, most loving, as a man of highest integrity in our time. We pray for his reign to continue to be a blessing to Mamprugu.

Long Live the Republic of Ghana!