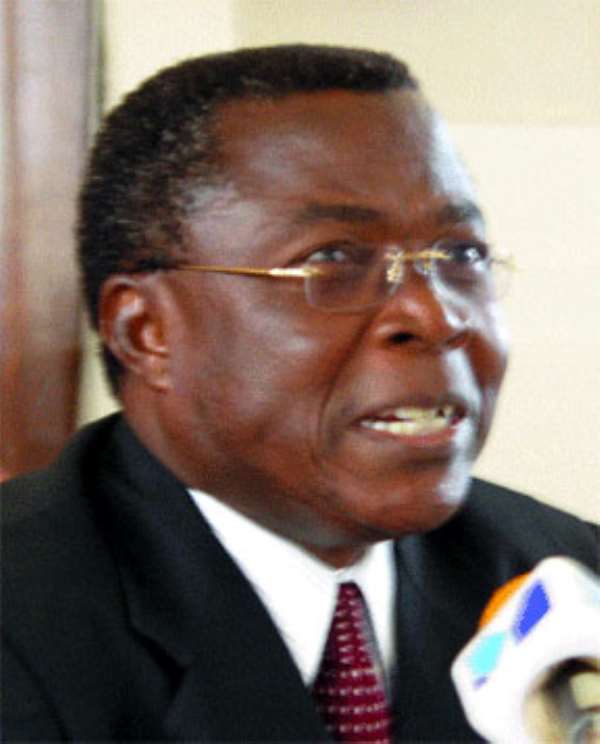 He said as a result, the Judicial Service had decided that judgements presented by judges would no longer form the basis for their promotion.

"Consequently, it has now become necessary to conduct a competitive three-hour opinion writing exercise for those shortlisted on the basis of their written judgements," the Chief Justice stated.

Speaking at the fourth Chief Justice's Forum in Accra yesterday on the theme, "Maintaining the Independence and Accountability of the Judiciary: Perceptions,Challenges and the Way Forward," Justice Acquah explained that in the past, when there were vacancies for promotion, judgements from judges of the lower courts were collected and evaluated by two or three senior judges.

He said the judges who came on top were then screened, while the Bar's views were sought on the performance of the judges in the areas where they were stationed for later recommendation to the President.

"But there are now complaints that the judgements presented for evaluation are sometimes not written by the judges themselves," Justice Acquah said.

According to him,the main duty of a judge was to deliver a reasoned opinion on cases and applications brought before him/her,pointing out that"if from such an exercise it becomes clear that an applicant has not got the quality of expression and reasoning expected of a judge of the grade the applicant(judge)seeks,then there is no point in appointing or promoting the applicant to that grade".

He said the Judicial Service was now analysing qualitatively the annual caseload of judges,the number of judgements delivered and the number of part-heard cases at the end of the year.

"This is to enable us to access the performance, curtail the granting of unnecessary adjournments and eventually reduce the number of backlog of cases," the Chief Justice pointed out.

Touching on criticisms of judges,Justice Acquah said criticisms which distorted the context of judicial decisions had the tendency to damage the image and integrity of the judiciary.

"Personal attacks,criticisms laden with political threat, criticisms that misrepresent and distort the nature and context of judicial decisions and assigning of blame to judges for the ills of society damage the integrity of the judiciary and threaten the doctrine of judicial independence,"the Chief Justice said.

He urged judges not to be daunted by those criticisms but rather be emboldened to correct their own mistakes.

He said corruption in Ghana was a major national problem adding that"the recent Transparency International rating of this country should,therefore,not be brushed aside as merely speculative.

The rating should spur us on to intensify our preventive strategies against corruption”.

He pointed out that there was the need to keep corruption in check because it had the potential to cause serious damage to the government,businesses and,indeed every aspect of the economy and social life.