Corruption - the cause for our demise 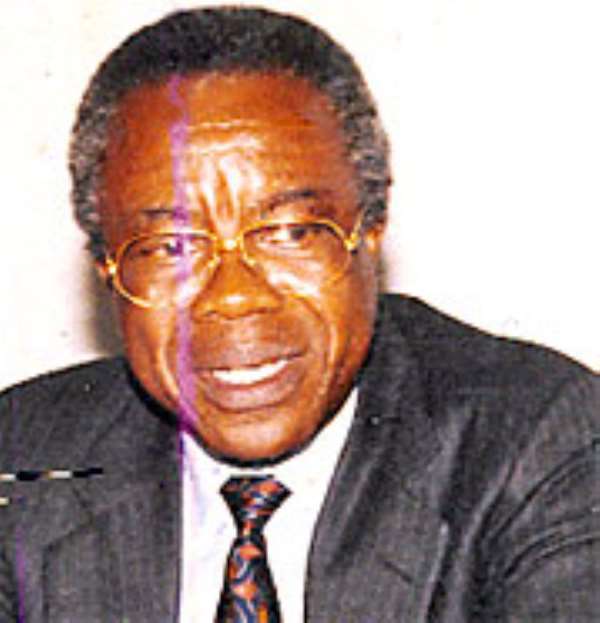 Debt cancellation, aid not solutions to economic problems Accra, Nov 16, GNA - Dr Joseph S. L. Abbey, Director of the Centre for Policy Analysis (CEPA), has said a determination to stamp out institutional corruption and not debt relief was the solution to the economic problems of developing countries. "In spite of 20 years of debt forgiveness by the G8 states to the poor countries, developing countries across the world continue to owe over 260 billion to the rich nations and 14 African countries owe at least 40 billion dollars of this debt," he said. He therefore urged African governments, including Ghana, who have managed to get some of their debt cancelled, not to pride themselves with debt cancellation as though it were a feat, saying that "we can only pride ourselves with our ability to generate wealth in our countries and pay all our debts." Dr Abbey said this at a forum organised by the Ghana Anti-Corruption Coalition to discuss corruption and how it affects economic growth in Ghana. He said some experts had argued that more debt cancellation and foreign aid would lead to acceleration of economic growth in poor countries. "This has not and would not help African countries when the rich nations sit by and watch African political leaders in particular stash their personal Swiss accounts with loans and grants meant for development projects." Dr Abbey argued that as long as development partners did not take concrete steps to ensure that the war against corruption in African countries was won, debt cancellation and more economic aid were not going to change the circumstance of the masses of African peoples. He also deplored the situation where big chunks of financial aid received from foreign development partners returned to their nations through exorbitant salaries paid to foreign consultants who are usually forced on beneficiary countries as conditionality for aid. Dr Abbey said corruption and exorbitant salaries of expatriates accounted for high capital flight into foreign banks but the debt burden remained for the poor Ghanaian taxpayer to bear.
"Africa accounted for the highest level of capital flight in terms of financial and human resources in the world and yet we have the lowest level of economic growth in the world," he said.
"Corruption has been identified as the chief driver for high capital flight from Africa."
He noted that projects usually undertaken by governments of developing countries for which they require foreign aid and loans are sometimes too high, saying that developing countries needed to focus on little things that could be tackled by local investors in order to stop incurring more debt.
Dr Abbey said the situation where foreign aid was only given for the commencement of new projects while uncompleted ones remained and deteriorated also led to increased debt burden.
Dr Abbey said weak internal control systems and equally weak domestic institutions were as guilty as the perpetrators of corruption themselves for the economic conditions of developing countries. He said domestic institutions responsible for controlling spending of public funds needed to keep an eagle's eye on spending of funds for development projects that usually went into individual accounts.
Dr Abbey said statistics at the Ghana Integrity Initiative (GII) indicated that 70 per cent of Ghanaians had been involved in corruption either as perpetrators or victims and 90 per cent had witnessed corruption without taking any action.
He said top of the list were public institution whom the people depended upon for justice including the Police Service, the Judicial Service, Customs, Excise and Preventive Service, Electricity Company of Ghana, Ministry of Education and Immigration Service.
"Civil society organizations focused on anti-corruption activities should therefore take the challenge and demand more accountability on a regular basis from, not only government institutions, but also private contractors who win state contracts and therefore use state funds," he said.