IGP To Be Jailed For Disobliging Court? 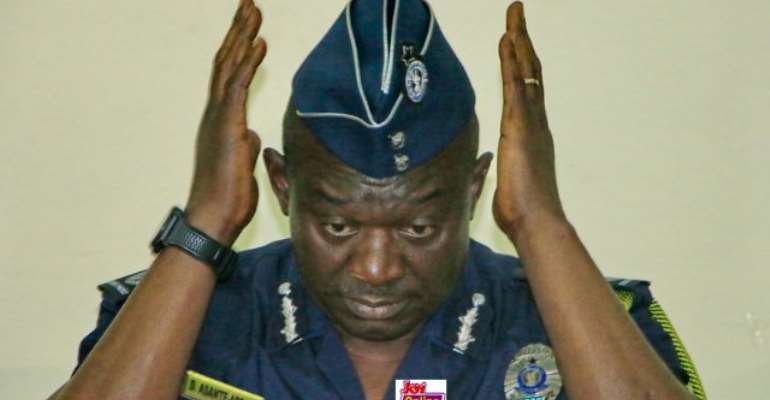 An Accra High Court has set November 19, 2018, to decide the fate of the Inspector-General of Police (IGP) David Asante Appeatu for disobeying the court’s order.

It will also rule on an application by the government’s lawyer seeking to overturn the conviction of the number one police officer for criminal contempt.

The Deputy Attorney-General, Godfred Dame, believes the trial judge committed a serious error of law because some mandatory procedures were not followed in executing the judge’s order.

That order was to provide security for the execution of a court order for the eviction of police officers residing in a 12-block flat at Madina in Accra.

The order was a culmination of decades of legal tussle dating back to 1988, when a woman, Mrs Aggrey now deceased, sued Redco for defaulting in paying her some monies.

Redco’s property is to be sold to defray the debt owed the deceased. But before this could happen, Redco gave out the property to the police which used it as residential accommodation for police officers.

The presiding judge, Justice Daniel Mensah, took serious view of the conduct of the police chief and said he must be “sanctioned appropriately”.

But challenging the IGP’s conviction, Godfred Dame said before the order could be executed, the court needed to grant a writ of possession and a notice of possession to operationalise the court order.

Failure for the police service to comply with the eviction and notice of sale would then trigger contempt of court, the deputy A-G argued.

The IGP could face a fine or a jail term if the court sentences him. He could also escape both if the deputy A-G’s application finds favour with the court.

Most Rev. Atuahene Advocates For Peace Ahead Of Voting Day
49 minutes ago