Has Dr. Obed Asamoah Sold His Conscience For Political Favours? 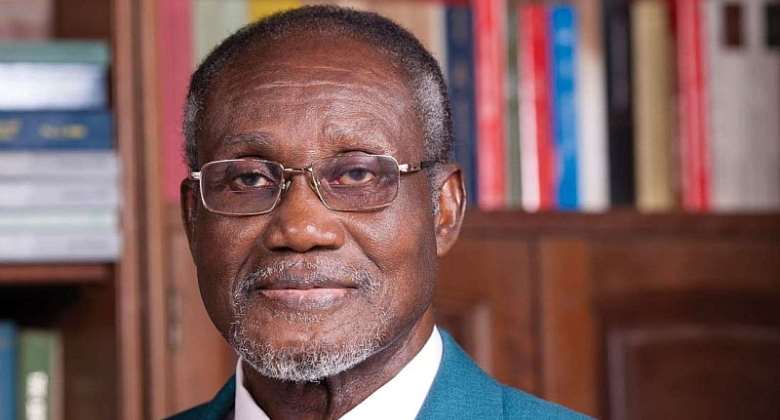 It is with no doubt that Ghana’s political rostrum has given birth to characters that are morons and do not live with the core doctrines of the nation. The nation’s creed and pride is nothing before them. Most often, their stomach direction kind of politics is too glaring in their public pronouncements and charades.

Dr. Obed Asamoah’s recent press briefing at his Home Town (Likpe), where he woefully belittled himself by stating that “calls by some members of the public, especially in Volta Region, to involve all in the referendum for the proposed Oti Region was unconstitutional”, reaffirm the bias and weak national pride embedded in many politicians produced by broken political system Ghana inherited. It is very unfortunate that Dr. Obed Asamoah is publicly exposing his parochial motive in attempt to support an agenda of a dangerous political gerrymandery of an ill government that Ghana is force to accept as a result of mistake of majority at the 2016 general polls.

Dr. Obed Asamoah should have known better when it comes to constitutional instrument.

Has justice Brobby’s commission of inquiry been able to establish the fact that there have been substantial demand for Oti Region? No. Is it not a shame that after all the shoddy work of the commission in the Volta Region, the commission is unable to come out with its findings? So, what is Obed Asamoah basing his argument on? Just because 1, 2, 3 individuals have asked for a new Region, so we give them? This is serious and Obed Asamoah is becoming a toxic to the youth.

Article 2, 4 and 5 of the 1992 constitution are very important provision when it comes to creating a new region and none of this provision supported what Obed Asamoah the prodigal son of the Volta region had said at his home Town among his kinsmen. In fact, it is a sacrilege to lie before your kinsmen. And when you lie about the 1992 constitution, article 2, 4 and 5 would expose you.

It is very surprising that Obed Asamoah was unable to quote any provision in the constitution that support his claim. According to him, “framers of the constitution were emphatic that referendum should be held after a petition had been presented to the President by the people seeking a new Region, which the people within the Oti enclave did”. If Obed Asamoah holds this premise, then, something might have gone wrong with him somewhere for him to called on the good people of Akpafu and Lolobi to Join the Oti Region because Akpafu and Lolobi’s from time immemorial have stated that they have not given their consents neither are they part of the petitioners, and genuinely refused to be part of the proposed Oti Region yet Obed Asamoah is helping the conspirators in pushing the Akpafu’s and Lolobi’s to be part of the Oti Region. None petitioners should not be forced to be part of Oti Region. This is the hypothesis in Obed Asamoah’s speech.

“Administrative Regions and districts are created to foster development and bring government closer to the people and that is the objective of creating Oti Region” Obed samoah said.

I don’t know if 1992 constitution of Ghana was solely writing by Obed Asamoah or is his sacred document that only him can read, understand and interprets.

The 1992 constitution have define administrative roles and that of the districts Assemblies which falls under the local government in bringing the government to the door steps of the people. Article 245 clause (a) of the 1992 constitution have made it clear that development of the region lies in the District while Article 241 (3) have given the District Assembly the highest political authority with deliberative, legislative and executive powers. Yet when Akufo Addo created Districts, he did not create any in the Volta Region.

Obed Asamoah should let history guide him. When upper east and upper west Regions were created for the same reasons that he is telling us today, Has the two Region develop?

It is also naïve for anyone to think that creating of Oti Region would not affect those outside the region.

It is my hope that a semi-moderate politician like Obed Asamoah would grow and live up to expectations.