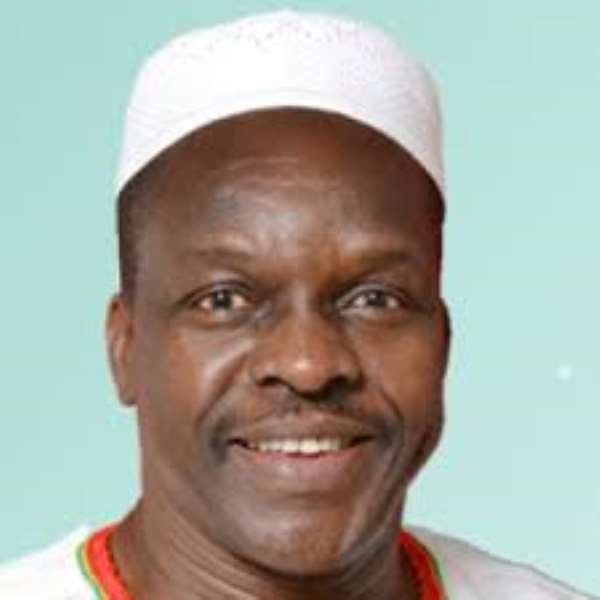 Second Deputy Speaker of Parliament, Alban Sumana Kingsford Bagbin, has been given yet another open indication that he is desired as the 2020 flagbearer of the opposition National Democratic Congress (NDC) above others.

Some Executives of the NDC in the Eastern Region have said that they are envisaging the Nadowli-Kaleo MP beyond the 2020 flagbearership of the party and seeing him as the President of the country.

'So far in the campaign for the Presidential ticket, no one has sounded as brilliant as Mr Bagbin. His understanding of the difficulties of the party coupled with his national outlook that sees Ghanaians as one people is just what you will expect of any Presidential material. Simply put, he is a brilliant man who will become a President of this country in future,' Mrs. Gladys Kudor, Deputy Regional Women's Organizer said in an interview on Saturday.

Mrs. Kudor, who is also a delegate, said this after Mr Bagbin interacted with party executives at various locations in the Eastern region.

She said she was gratified about the successful meeting they had with the aspirant especially a well-attended meeting at Mpraeso.

According to Mr Bagbin, the 2020 election was not about politics and political parties but about the salvation of the country itself, and therefore Ghanaians had a duty call on them to save the country.

As a longstanding politician with a known track record as an incorruptible man, he said, he was in the race because of the marginalized in society.

The Nadowli Kaleo MP added that the state of the country now required that, more than ever before, governance was brought to the doorstep of the ordinary Ghanaian people.

Mr Bagbin also used the programme to caution his supporters and the NDC of politics of personality attacks and disrespect saying that no matter who wins the 2020 flagbearership, the NDC would win the election in 2020, and it would be tragic that the party would allow an internal family contest to split the party because of the flagbearership.

Later, Mr Bagbin who had earlier met Eastern regional executives of the party in Koforidua, told Constituency executives in Mpraeso that the 2020 election was a done deal for the NDC and so the party's strategy must have 2024 in the picture.

'One beautiful thing about Mr Bagbin is that his campaign is devoid of attacks, especially the trade of the 'incompetent' and 'super incompetent' insults between the Mahama campaign team and the Akufo-Addo government. This is very healthy and presidential for our country,' Mrs. Gladys Kudor, the Eastern regional Deputy Women's Organizer said.

On his part, Albert Afari Anaafi, the Deputy Communication Officer of the Akropong Constituency branch of the NDC said Mr Bagbin touched hearts with his Eastern regional tour so far, which last week, had seen him win applause at the Akwapim Odwira festival where he advised the youth to stay away from drugs.

Mr. Anaafi urged Mr Bagbin to continue in the way he enlightens people whenever he speaks.

Meanwhile, the meeting with the Constituency Executives at Mpraeso, was turned into a pledges galore, with the executives, most of whom were delegates promising to vote for Mr Bagbin.