We have no land dispute with Drobo – Japekrom Traditional Council 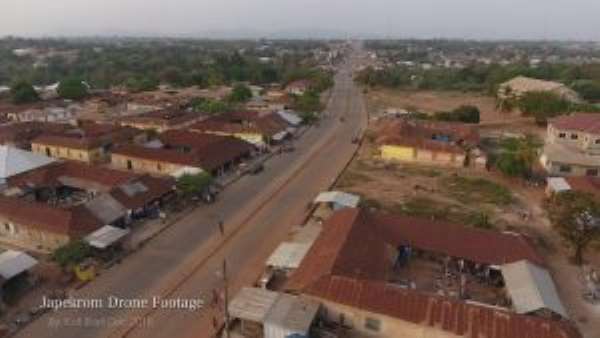 The Japekrom Traditional Council has denied claims that it has an unresolved land or chieftaincy dispute with the people of New Drobo, which fueled the recent bloody shooting  at Drobo.

A statement from the traditional council on Friday further described as mischievous claims by the Drobo Traditional Council that they went contrary to outlined activities for the 2018 Munufie Festival celebrations.

The Japekrom and Drobo communities have recently been in the news following a gun attack by some unknown assailants on a crowd of Japekrom inhabitants at Drobo.

Two persons have so far been confirmed dead , while 14 others are reported to be in critical condition.

The Japekrom inhabitants passed through Drobo in a procession as part of activities to mark their annual Munufie Festival Celebrations when the incident happened.

It said, “the Drobo Stool went to court claiming ownership of Mpuasu-Japekrom Stool lands and the townships of Japekrom and New Drobo (a suburb of Japekrom). The case has traveled all the courts and was settled in favour of Mpuasu-Japekrom Stool on 19th November 2015 by unanimous decision of the Supreme Court of Ghana. Fact is: Japekrom and New Drobo Townships belong to the Japekromhene.

Consequent to the above, there is NO CHIEFTANCY or LAND LITIGATION between Japekrom and Drobo.

The two communities have since been accusing each other of being responsible for the killing.

The Drobo Traditional Council earlier on Friday said the Japekrom residents failed to adhere to their agreed celebration plan by venturing into the territory of the people of Drobo amidst chants of war songs, firing of gunshots and attempting to carry out other acts of violence.

But the Japekrom Traditional Council say the claims are false.

“Contrary to an earlier claim by the Drobo Traditional Council circulating, the detailed programme of the Munufie Festival specified the routes and these were known to the Police Command hence their presence at all the events. It is therefore mischievous and false that there were plans by Japekrom to act contrary to the activities outlined in the programme for the 2018 Munufie Festival Celebrations,” the Council said.

It is therefore urging the government to expedite investigations into what it describes as a “barbaric and heinous crime in modern Ghana.”

Curfew announced
The Minister of Interior, Ambrose Dery, by an Executive Instrument imposed the curfew on  Drobo, Japekrom and six other communities in the Jaman South Municipality. 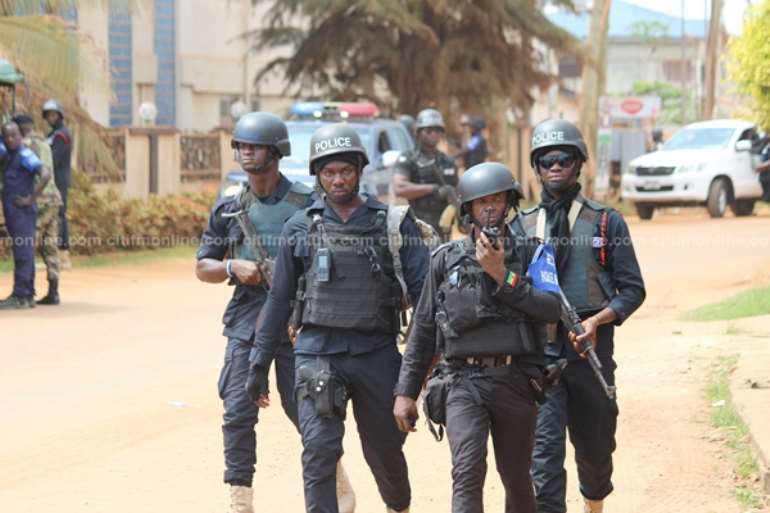 The curfew according to government starts from 6:00pm to 6:00am each day, and will remain in force until further notice.

No arrest yet
Police in the Brong Ahafo Region are yet to make any arrest after the attack .

The Public Relations Officer of the Brong Ahafo Regional Police Command, Chief Inspector Augustine Kingsley Oppong, in an interview with Citi News said security has been beefed up in the rival towns of Japekrom and Drobo to prevent any reprisal attack.

“Stray bullets started coming in from different angles and 15 people were injured through that. They were immediately rushed to Sampa hospital where one was pronounced dead. During the patrols with the military in town, we also spotted a certain taxi in front of the district assembly and found somebody also suspected to have died. Immediately we sent the body and he was pronounced dead at the Drobo hospital.”

A/R: Two dead after taxi crashed into drinking spot at Asokw...
1 minute ago