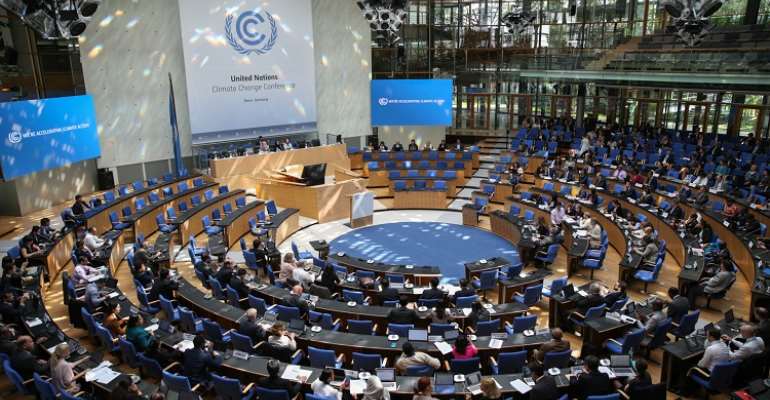 A Legal Adviser with the African Group of Negotiators to the United Nations Framework Convention on Climate Change (UNFCCC) has outlined Africa’s expectations of Katowice, Poland, looking at realities on the ground and how Africa can speak with one voice to make sure it is heard.

Seth Osafo, in a presentation at the 7th Conference on Climate Change and Development in Africa (CCDA–VII), in Nairobi, Kenya, said COP 24 is expected to finalize the rules for implementation of the Paris Agreement on climate change under the Paris Agreement Work Programme (PAWP).

In December 2015, nations of the world took a giant step to combat climate change and to accelerate and intensify actions and investments needed for a sustainable low carbon future.

The landmark agreement focuses on greenhouse-gas-emissions mitigation, adaptation, and finance, among other things needed to save the planet.

The African continent is bearing the brunt of the vagaries of climate change more than the others, in particular the developed world.

As Parties struggle to complete the implementing measures needed to get the Paris regime up and running, African experts meeting in Nairobi have been discussing related issues as they prepare to head for Katowice in December for the 24th session of the Conference of the Parties (COP 24) to the UNFCCC.

A High-Level Ministerial Dialogue (HLMD) on Climate Finance is expected to be held in conjunction with COP 24.

Mr. Osafo said the operationalization of the Paris Agreement is expected by completing the Rule Book, that is modalities, procedures and guidelines for implementation.

These include facilitative dialogue – the Talanoa Dialogue initiated by the Fiji President of COP23; and stocktaking of the implementation of the UNFCCC and the Kyoto Protocol – Doha Amendment adopted on 8 December 2012 but still not in force.

“As of 28 September 2018,117 Parties have ratified protocol. Three fourths of Parties to the Kyoto Protocol should ratify for it to enter into force, that is 144 Parties,” Mr. Osafo said.

Major issues will be under negotiation at the high level event on climate finance, he said.

Major Challenges expected at COP24 include Transformation of current text into a negotiating text and subsequent adoption of Rule Book; Operationalization of Adaptation goal. Loss and damage; Elaboration of Compliance regime; Outcome of the Talanoa Dialogue; and Finance – Major differences between developing and develop countries.

The leaders’ summit preceding COP24 on 3 December will result in a declaration.

Africa will be anxious about the implications of the declaration on its quest for sustainable and equitable economic growth that is climate resilient.