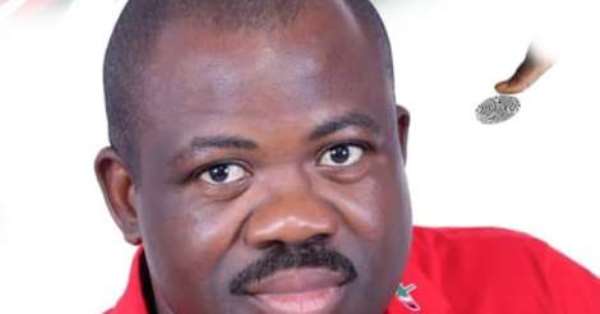 Joshua Akamba , the Deputy National Organiser of the National Democratic Congress has been invited by the Garu Tempane Police for question.

The invitation follows comments he made inciting students of Tempane Secondary School in the Upper East Region against President Nana Akufo-Addo and the government.

Mr Akamaba was heard telling the students that president Nana Akufo-Addo and the government must be blamed for bed bug attacks in their school.

He was also heard complaining about the congestion in the school, while the students express their frustration.

He made the students show their bedbug bite scars to the cameras, promising them their headache will be over by 2020 if they vote out the NPP.

He is also seen encouraging the students to reject President Akufo-Addo as he is the cause of their predicament.

"Shame on Akufo-Addo," he led the students to chant.

Akamba, who is campaigning to become the substantive National Organiser of the NDC, has defended his actions, putting a defiant post on Facebook that he owes the president no apology for his comments.

Partisan politics are not allowed in primary and secondary schools per Ghana Education Service laws.

Pulse.com.gh also understands that the Headmaster of the school has been suspended pending investigations.