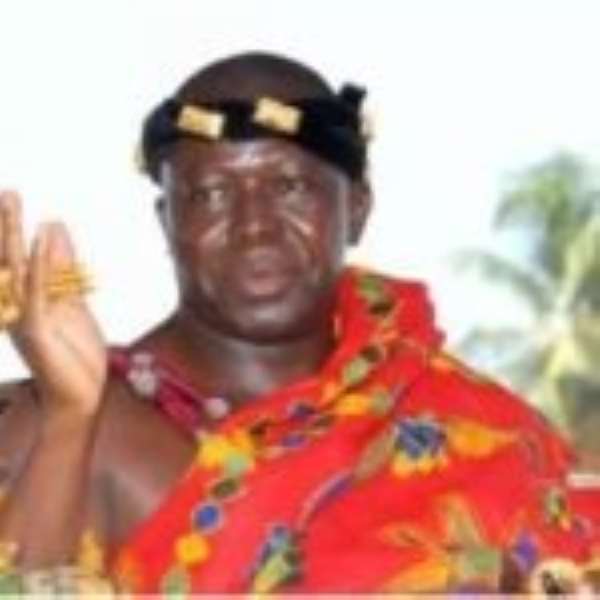 Otumfuo Osei Tutu II, the Asantehene, has expressed worry over the collapse of seven banks in the country this year, and pointed out that the Bank of Ghana (BoG) cannot be absolved of blame.

He said BoG should be ready to accept part of the blame, because the affected banks are not wholly blameable.

According to the Asantehene, while the boards of directors and management of the seven banks are ultimately culpable for the crash, the Bank of Ghana must accept part of the blame for the catastrophe so far.

He stated that the Central Bank’s weak banking supervision function failed to detect the bad corporate governance in good time, so as to take remedial action to prevent the collapse of the banks in the first place.

He underscored that nonetheless, the Bank of Ghana deserves to be commended for having the courage to take the drastic action it took to dissolve the banks at the time it did, rather than delay further to make the bad situation worse.

According to him, crucially, there had been ample evidence pointing to the precarious conditions the seven banks were in, but which the Bank of Ghana reneged on taking any action, adding that the lessons the Bank of Ghana ought to learn from the unfortunate crisis in order to go forward, is to be pro-active in its banking supervision duties, in order to forestall the recurrence of what might have been an avoidable banking meltdown.

Otumfuo disclosed that it was encouraging that during the first half of this year, the foreign currency market experienced a decent level of stability, for which the Bank of Ghana merited applause.

However, in this third quarter, there has been a marked depreciation of the cedi against Ghana’s major trading currencies, particularly the US dollar, and urged the Bank of Ghana to urgently take all the appropriate steps within its competence to return the foreign currency market to stability, in order to bring predictability to Ghana’s export /import trade and other international transactions.

He said the key interventions which the government has embarked upon to fast-track the expansion of the Ghanaian economy, like the “One District, One Factory”, “One Village, One Dam”, “One District, One Warehouse” and the “Planting for Food and Job”, if successfully implemented, will not only create jobs for the teeming unemployed youth, but also lead to a diversification of the economy.

The Asantehene has, therefore, implored all Ghanaians to contribute their quota and strenuously support the government to realise the noble goals of these development strategies to boost the Ghanaian economy.

He also drew the government’s attention to the predicament of the once-vibrant poultry industry in the country, which, regrettably, is now in a state of distress. “In the face of the current precarious situation in which the country’s poultry industry finds itself, against the fact that Kumasi was generally recognised as the poultry capital of Ghana, the Overlord of the Ashanti Kingdom expressed great worry and stressed that rejuvenating the poultry industry to expand production will not only generate employment for the Ghanaian youth, but also save the country the colossal amount of foreign currency which we expend annually on the importation of poultry products from abroad.