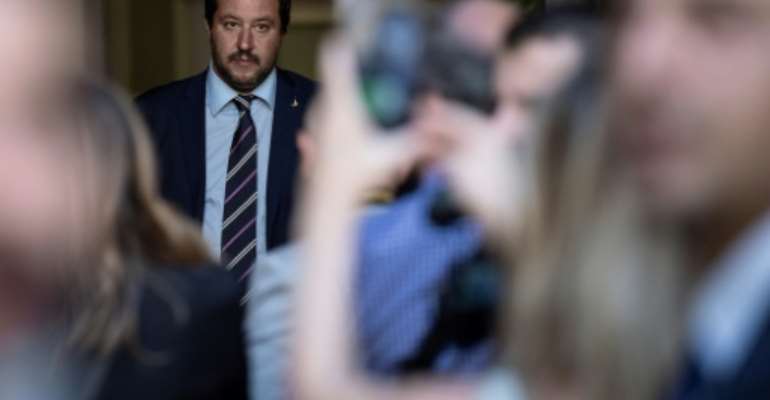 The African Union has called on Italy's far-right interior minister to withdraw comments he made last week in which he referred to Africans as slaves.

But Matteo Salvini on Wednesday insisted that his comments had been misinterpreted and that there was no need to apologise.

It called on him to "retract his derogatory statement about African migrants" adding, "name-calling will not resolve the migration challenges facing Africa and Europe".

Salvini's remarks were made on Friday during a clash with Luxembourg's Foreign Minister Jean Asselborn at an EU meeting in Vienna. Asselborn had suggested that ageing Europe needed immigrants.

"In Italy we feel it's necessary to help our children make more children. And not to have new slaves to replace the children we're no longer having," Salvini retorted.

His comments were filmed in a meeting closed to the press. Salvini himself posted a video of them on his Facebook page to mark his clash with Asselborn.

In comments to reporters on Wednesday however, he said his comments had been distorted.

"In fact, in Vienna I said exactly the opposite, to defend asylum seekers and immigrants who some people in Europe use as slaves," he argued.

"There is nothing that requires apologies from me," he said, adding that poor work by a French-speaking translator might have been behind the misunderstanding.

In its statement, the African Union pointed out that Italy had itself benefited from mass emigration, with more than 26 million Italians leaving their home country in between 1861 to 1976.

It was a matter of record, the statement added, that "Italy has benefited greatly from its huge diaspora through remittances and trade".

Salvini is the leader of the anti-immigration League party, part of Italy's ruling coalition, where he also serves as deputy prime minister.

Within days of becoming interior minister, he delivered on a campaign promise to close Italian ports to immigrants and asylum-seekers.