“Akyem Caucus” So What? 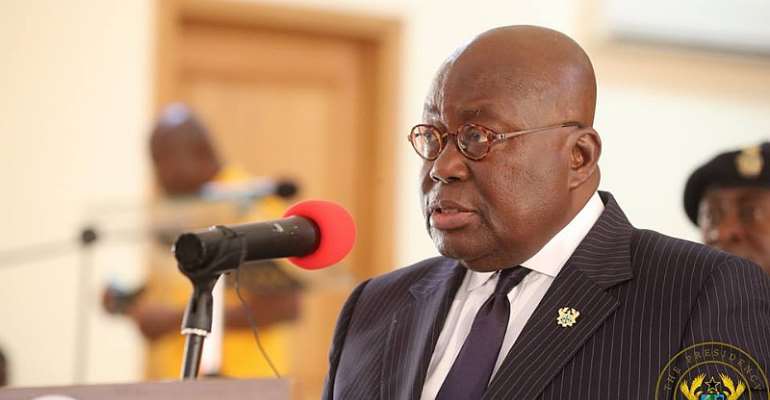 Instead of unwisely and intemperately unloading their abject hypocrisy and false sense of superiority on our media websites and making a laughing stock of themselves and their sponsors, patrons and Akan sub-ethnic group or polity, these pathologically cynical self-proclaimed Asante scumbags and scam-artists would do themselves and their “one-track-minded” captive audience of fanatical supporters greater good by publishing a comprehensive rollcall or list of the staff members and cabinet appointees of the John Agyekum-Kufuor Presidency, and then let the nation know which New Patriotic Party (NPP)-sponsored Fourth-Republican government ran a more inclusive and inter-ethnically progressive government (See “What Is This ‘Akyem Caucus’ I Keep Hearing of Within the NPP?” Modernghana.com 8/8/18). It may interest the author of the afore-referenced article that I am no longer a member of the USA branch of the New Patriotic Party,today,thanks to the Asante Mafia Capos who supposed that criticizing the Kufuor Presidency was tantamount to heresy and blasphemy. Buddy, you couldn’t get angrier than I with the sort of deliberately provocative anti-Akufo-Addo jabs that you have been dishing here, from time to time, on the sly. Who said the British colonialists did not know what they were talking about when they spoke of those “cunning Asantes” whose word of honor was not worth a farthing?

At any rate, what does the author of the just-referenced article suppose the Paul AwentamiAfoko, Kwabena Agyei Agyepong, and the Sammy Crabbe (Did I hear anybody say “crap”?) Cabal was about but the Akufo-Addo-Sabotaging Wing within the New Patriotic Party? And their devious rearguard use of the Kumasi courts to circumvent the presidential ambitions of Nana Addo Dankwa Akufo-Addo? You see, frenemy, not all of us have the sort of chicken-sized short memory capacity that the author of the afore-referenced article supposes. But before I delve any further into the real issue at stake here, I need to first render unto Caesar that which unimpeachably and inalienably belongs to Caesar – apologies to Jesus Christ of Bethlehem and Nazareth – and then we can delve even much deeper into what is really required to make the Akufo-Addo Administration the ringing and/or resonant success story that it has already become. There is, of course, more heavy-lifting work to do in order to arrive at the proverbial mountaintop. Apologies to the Rev.-Dr. Martin Luther King, Jr. To be frank with the Dear Reader, I wasn’t going to waste my precious time, God knows I scarcely have enough of it, and either my breath or dear ink to get myself sidetracked by such nonsensical irruptions about how this nation, Ghana, that is, is supposed to be the exclusive birthright of one particular Akan sub-ethnic group but, somehow, the Kyebi Boys and Gals always manage to buck this inviolable edict of Manifest Destiny.

You see, I have often said that most Akyem-descended citizens also have Asante blood coursing through our “blue-black” veins (My profound apologies to the Rev. Jesse Jackson) and so I find it inexcusably pointless, to speak less about the downright absurd, quarreling interminably over who is calling what shots in whose government at the expense of which ethnic polity of bona fide Ghanaian citizens. Such approach to solving problems or rectifying either real or perceived kinks and anomalies in the system of our democratic governance, will get us absolutely nowhere. But the way, who was President John Agyekum-Kufuor’s Chief-of-Staff, Defense and Security Ministers, Senior Minister, Press Secretary, Spokesperson and IGP during the 8 years that the Manhyia-born former Popular-Front Party’s Deputy Parliamentary Minority Leader and MP for Atwima-Nwabiagya occupied the Kofi Antubam-carved Presidential Chair at Christiansborg, the old Danish-built slave castle, or dungeon, at Osu-Accra? Who were the Finance Ministers and the Executive-Director of the Volta River Authority? Who was the real Vice-President to then-President Kufuor, as we were to learn the hard and scandalous way in the leadup to the 2008 general election? If the notoriously vitriolic critic of the Asantehene, Otumfuo Osei-Tutu, II, had bothered to find out, he would have realized that the erection of the Osu Castle depended more on the capital resources of the Akyem (Mansa) people, as well as the Akwamu, more than any other groups of indigenous Ghanaians.

Yet, reading and listening to the perennial and pathological twaddle of these intransigent Asante Supremacists – and by the way, being from Barekese, Nkoranza, Asiakwa, Begoro, Nkronso, Mampong, Manhyia, Peki-Blengo and Old Dwaben/Juaben, makes me more DNA-wise Asante than these professional clowns – one would think and believe that Asanteman preceded Okyeman in temporal or historical antecedence. We have to be a bit chary when sociopolitical toddlers assume the tongues and diction of full-fledged adults. No Fifth-Columnist or Vidkun Quisling within or without the New Patriotic Party can cavalierly and either directly or obliquely threaten Nana Akufo-Addo, the Ayoko-/Oyoko-Nana of his Royal Majesty, The Asantehene, and The Okyenhene, with imminent defeat come Election 2020. What will determine whether Ghana’s former Attorney-General and Minister of Justice and later Foreign Minister, gets retained or booted out of Jubilee House would squarely be dependent on his job performance. And here must also be critically borne in mind the political personalities or partisan operatives who have worked harder than all else to preserve the legacy and memory of the “Gentle Somebody” who, ironically albeit predictably, fought fiercely to keep them from succeeding him.

I implacably resent this hypocritical pretense to justice and fair-play on the part of those who, having sweated it out profusely in the proverbial trenches with the rest of us, are expected to know far better than they are scandalously putting on display here.

The author has 4930 publications published on Modern Ghana.