I’ll Continue To Be A Team Player – Amewu 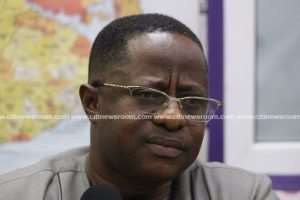 Incoming Minister for Energy, Peter Amewu has pledged to collaborate with other ministries to ensure Ghanaians receive affordable power supply.

Mr. Amewu, who was asked to act as Energy Minister after the former minister’s removal was confirmed for the portfolio in President Nana Akufo-Addo’s ministerial reshuffle.

He leaves the Lands and Natural Resources ministry after leading a spirited campaign against illegal mining.

Mr. Amewu told Citi News the government will remain united after this reshuffle.

“What people don't know is that this government is one of the most collaborative government ever in the history of this country. We work as a team. That is what the President impressed upon his ministers.”

“You will see one minister in another place playing a supporting role to another so it is a collective responsibility. We don't see ourselves as single ministers responsible for delivering. So that collaborative effort, of course, will be there,” Mr. Amewu affirmed.

The newly appointed Minister for Energy, Peter Amewu spoke to Citi News on the sidelines of the Official launch of the 15th Anniversary of the Enstoolment of the Agbogbomefia of the Asogli State TogbeAgede XIV.

Below is the list of Ministers who have been reassigned

3. Hon. Kofi Adda, Member of Parliament for Navrongo constituency and former Minister for Sanitation and Water Resources, is now Minister for Aviation;

11. Hon. Boniface Abubakar Saddique, Member of Parliament for Madina constituency and former Minister for Inner City and Zongo Development, is now Minister of State at the Office of the Vice President;

12. Rockson Bukari, former Upper East Regional Minister, is now Minister of State at the Office of the President;