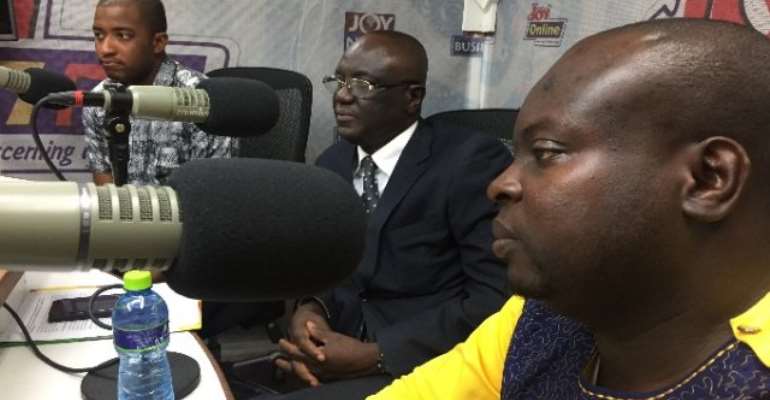 A former staff of defunct Capital Bank has recounted the painful story of how two of his former colleagues lost their lives due to the hardship they had to endure after losing their job.

Raymond Dayi Dankwa told Evans Mensah on Joy FM’s discussion programme Ghana Connect that they buried the first person on July 14 and they are preparing for the other person’s funeral soon.

“Our end of service package has still not been paid for both Capital and UT Bank staffs. Before the closed down, some of us had leave days left that we were told were converted to cash but that has not been done,” he stated.

This week the country’s banking took another turbulent turn as five banks folded up and metamorphised into one bank – the Consolidated Bank Ghana Limited.

Three of the banks, the Governor of the Bank of Ghana (BoG) said used false pretense to obtain their banking licenses while two others were beyond saving.

On August 14, 2017, Capital Bank and UT Bank also suffered similar fate and BoG did not hesitate to close them down. GCB Bank inherited all the two banks’ assets and liabilities.

Recounting his experience Mr Dankwa said, “when I heard the news, I was trying to put myself in their shoes because life has not been easy since that announcement.”

“You are work one time and all of a sudden you don’t have any source of income but saddled with loads of responsibilities to care of – school fees, rent, housekeeping – in fact, it has been hell,” he said.

According to him, even while they were employed, his colleagues were finding it difficult to make ends meet so their new status only made things worse.

The father of a seven-month-old baby said although the over 800 now unemployed staff were made to sign a document signaling the preparedness of GCB Bank to pay them their ESB, nothing has been heard about that.

“We were supposed to be paid before we exited so the payment schedule was out and all to make the termination binding. For some time now, we have been following up from the Union of Industry Commerce & Finance Workers (UNICOF), who were handling the compensation and payment of ESB on behalf of the staff, but our calls and messages have gone unanswered,” he said.

According to him, their request to the receiver KPMG for a discount on their loans has also gone unanswered.

Watch a video of the discussion: