Trump Is Far From Any Of God’s Prophets 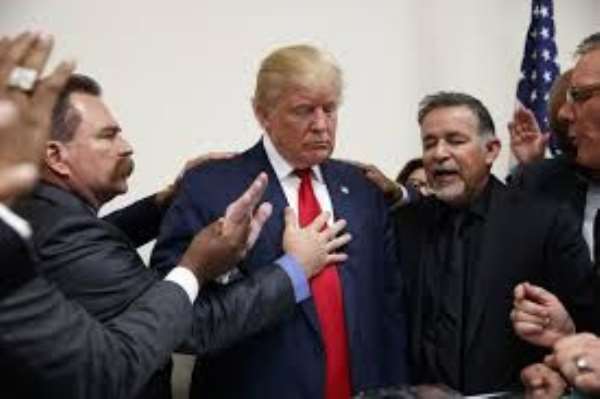 Why are many writers quoting the scriptures and prophecies comparing them to the works of Donald Trump?

Trump said he wants to make America great once again, therefore, he will be entirely different from previous American leaders.

There are many things he wasn't happy about before he became the president. Thus if he is doing something different doesn't mean that he is under the influence of God.

Since Trump took over as the 45th president of the United States of America many Americans are asking if he was anointed by God to be our president at this critical time?

It's clear that the majority of evangelical Christians, who believe that Trump was appointed by God lack vision. Yes, they have no vision because Trump is not a man of God.

Isaiah, Elijah, Ezekiel, Samuel, Joel, Elisha, etc, were some of the men of God He used as prophets. The works of Trump can't be compared to the works of these great Biblical prophets.

Those prophets did what is good, what the Lord requires of them, they never lied. They preached against injustice and requested for love, kindness, and to walk humbly with your God.

In the Bible, God used his prophets to deliver both good and bad news. Nothing was hidden from the people. They spoke the truth, nothing but the truth.

Even though Donald Trump is not responsible for the Aids and Ebola genocide in Africa, but since like other leaders he has covered up those medical crimes disqualifies him as one under the influence of God.

The global shaking under his administration is own hand works but has nothing to do with God. Donald Trump is neither a man of God nor a Messiah.