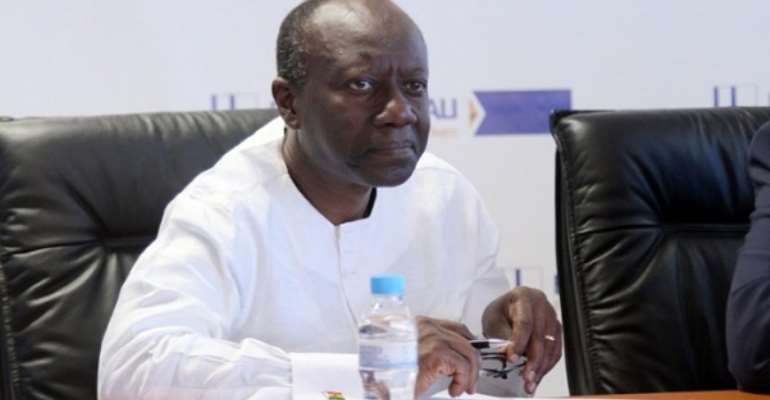 • In 2017 although the budget set a ceiling for import exemptions at GHC 934 million, an outturn of GHC 2.6 billion was realised thereby exceeding the target by 175.5%. This usually benefits political party cronies increasing the threshold for corruption, collusion and nepotism.

• Expenditures, on the other hand, were aligned with revenues. Expenditures on most items were contained with the exception of compensation of employees, interest on domestic debts and foreign-financed capitals.

A. This must be the reason the Auditor- General and Special Prosecutor are teaming up to fight ghost names on the payroll. A more productive approach would be to aggressively wean off the payroll more agencies of government that are capable of generating enough internally generated funds to stand alone.

B. We must also consolidate wages and allowances of public servants. Allowances have been observed to trump salaries by almost twice their value. Consolidate wages by suppressing unnecessary sitting, eating , fuel and rent allowances. If we had done this in 2016 for instance, we would have reduced the Ghc 14bn for wages and compensation by almost Ghc5bn in my estimation.

C. Decentralise power and ownership of resources. It doesn't make sense for the central government in Accra to be employing teachers, doctors, nurses for all villages, districts and municipalities.

D. Did you know 75% of all public sector workers, a little over 500,000 of them are classified as semi-skilled and unskilled. Yet they are the notorious beneficiaries of unplanned wage increases.

• Financing resources raised by the government in 2017 fiscal year amounted to nearly GHC 19.0 billion, equivalent to 9.2% of GDP. This was 32.2% above the budget projections.

We hope the following tax proposals for 2018-2019 we have heard reliably, remain a draft.

• An increase in Communications Service Tax from 6% to 12%? ostensibly to fund grand schemes like the wasteful $178m KelniGVG deal

• A mandated minimum corporate tax? • An expanded stabilisation tax from the current six industry focused to an undefined number?

• Collaterising royalties from minerals so government can raise loans? Is it legal as royalties are clearly to be used locally instead of central government?.

• Increased social security (SSNIT) contributions to the severely mismanaged National Health Insurance Scheme?- We are not opposed to this approach per se

• A Financial Service Tax? Thought we opposed the last government over this?

A. Reduce the size of the government ( collapse 5 uncritical ministries, sack incompetent ministers

B. Reduce the number of presidential staffers from 998 to 400) reduce growing opportunities for incessant corruption

F. Please revise the poorly conceived 1 District- 1 Factory ( planned 216 factories in the remaining 30 months of the term of the government) to focus on large plantation agriculture. It would be prudent to just produce and supply fruits of all desirable shapes to BLUE SKIES company instead of importing fruits from Latin America to process and produce for export into Europe.

G. Drop the planned construction of dams in every village in Ghana and please please do not use millions of hard limited cash organise referendum on creating additional regions. We really do not need new geographically crafted regions. We need the roads, schools and toilets not YES or NO ballots.

Credit--IMANI's staff notes from a recent lecture by Dr. Ashong's and my conversations with former directors of the Fair Wages Commission and interaction with several public agencies planning to wean themselves off government payroll.