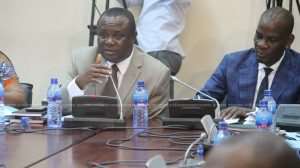 The deputy Special Prosecutor-nominee, Cynthia Lamptey, will appear before the Appointments Committee of Parliament, who will assess her suitability for the position, at a public hearing today [Wednesday] May 16, 2018.

If approved, Cynthia Lamptey will assist Martin Amidu, who was sworn in as the Special Prosecutor in February.

Ahead of the vetting, the Minority Chief Whip and Deputy Ranking Member on the Appointments Committee, Muntaka Mubarak said he expects the vetting to be smooth.

“I just read her CV, and from her CV, it doesn't look like she is a controversial person. It also doesn't look like it may be a stretched vetting. I have not heard of any petition against her so if all this stands as it is today, then it is going to be a very smooth vetting,” Muntaka Mubarak said to Citi News.

In contrast, Martin Amidu spent about seven-and-a-half hours being vetted, where he was queried on a range of issues, predominantly by the Minority members of the Committee. 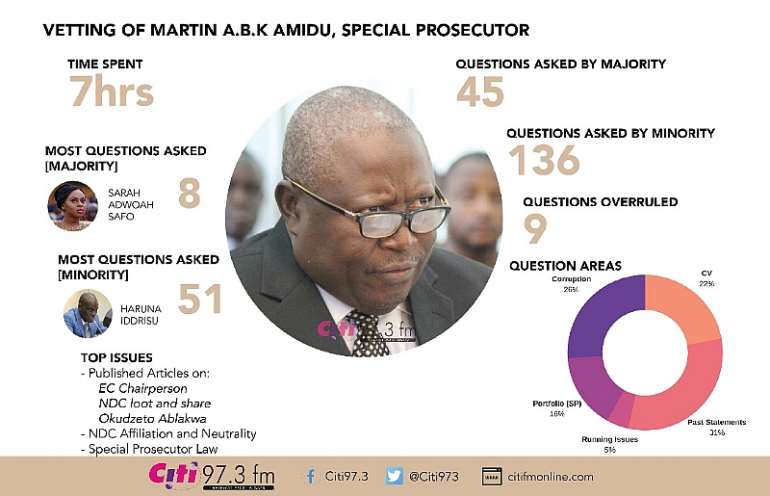 She is a lawyer of 30 years standing at the Ghana Bar and a former acting Director of Public Prosecutions.

Among her notable works, Cynthia Lamptey led the prosecution of a former Executive Director of the National Service Scheme, Alhaji Imoro who is standing trial for the alleged theft of GHc86.9 million belonging to the state.

She was also in charge of the criminal prosecution of National Democratic Congress (NDC) financier, Alfred Agbesi Woyome, in the GHc 52 million judgment debt saga.

She left the department after 20 years in 2015.
The Office of the Special Prosecutor has been tasked to investigate and prosecute specific categories of cases and allegations of corruption and other criminal wrongdoing, including those involving alleged violations of the Public Procurement Act, 2003 (Act 663) and cases implicating public officers and politically-exposed persons.

The office has also be mandated to trace and recover the proceeds of corruption.

The Special Prosecutor's office is expected to be independent of the Executive, which observers believe will allow it to deal with corruption-related issues which have plagued governance adequately.