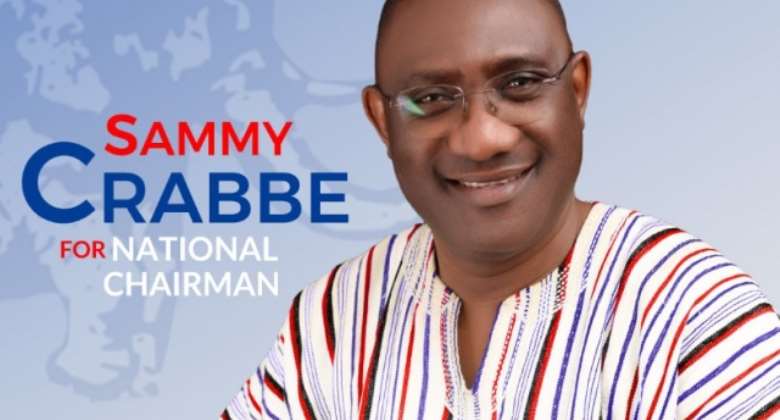 The NPP opened nominations on Thursday to allow national executive position hopefuls to pick forms to contest in the race.

Mr. Crabbe was suspended in 2015 around the same time the party's National Chairman, Paul Afoko and General Secretary, Kwabena Agyepong were suspended for various misconduct.

Mr. Crabbe was deemed to have publicly rebelled against the party's decision to indefinitely suspend Paul Afoko.

The suspended Second Vice Chairman however stormed the party headquarters today [Friday], to pick up nomination forms in a bid contest for the position of National Chairman.

He was however reportedly prevented by known NPP activist, Hajia Fati from picking the forms.

Reacting to the issue on Ekosii Sen on Asempa FM on Friday, Mr. Boadu described Mr. Crabbe's bid to join the national race as an exercise in futility.

NPP Acting General Secretary, John Boadu
John Boadu has held the position in an acting capacity since the suspension of Mr. Agyepong some three years ago.