Do Ghanaians Have The Right To Claim The Moral High Ground Over Nigerians? 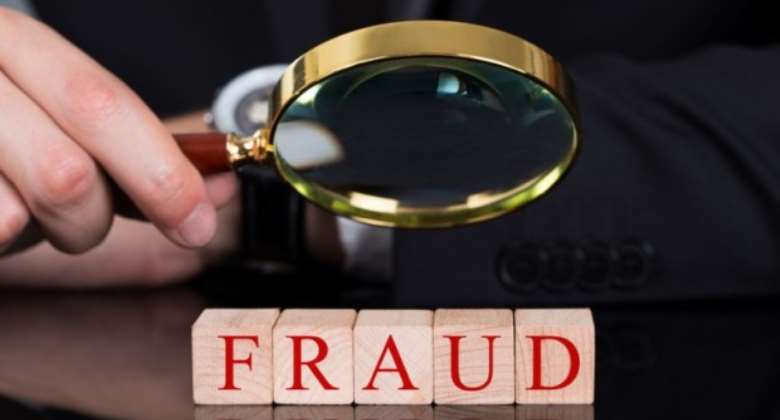 As the mounting incidence of crime in the country dominates the headlines and the airwaves, many Ghanaians appear to have succumbed to the dangerous and xenophobic temptation to blame foreign nationals, particularly Nigerians, for the ugly situation.

Blame for crimes such as armed robbery, car-jacking, cyber fraud as well other high-profile outrages is routinely laid at the feet of the foreigners in our midst, with ECOWAS seen as the villain for introducing the open-door immigration policy for West African nationals that has triggered a massive influx of foreigners into Ghana. By the way, for the sake of the uninitiated, ECOWAS cannot make policy decisions without the approval of the various member nations.

The tendency to blame foreigners for certain crimes is fed by the absurd notion that Ghanaians are culturally averse to committing those kinds of crimes. Which inevitably prompts the question: are Ghanaians as a people more virtuous than the citizens of neighboring countries?

If recent events are any guide, the answer is an emphatic NO. Ghana is rapidly acquiring a reputation as the capital of visa fraud. In the last several years many Ghanaians, Including parliamentarians. have been implicated in shady visa deals. This unethical behavior, especially by public officials, led Jon Benjamin, the immediate past British High Commissioner to Ghana, just prior to his departure to publicly denounce and identify some lawmakers who had lied in their applications for visas.

One of these crooked MPs sponsored an adult daughter who accompanied him to the UK on a tourist visa and ended up over-staying for a few years. The others were guilty of equally shameful infractions.

People passing themselves off as journalists in order to obtain visas are, however, the worst perpetrators of fraudulent travel documentation scandals in Ghana. Before the recent embarrassing episode in Australia involving some 50 fake journalists who tried to lie their way into that country pretending to be on assignment to cover the Commonwealth Games, there had been other incidents where individuals falsely claimed to be members of the inky fraternity. Several years ago the US Embassy in Accra denied visas to about 40 people posing as journalists who wanted to go to the US ostensibly to cover a sporting event.

But the visa fraud scandals have battered the reputation of others as well, including an unlikely group - the deaf and the dumb. This group of disabled people may now be blacklisted by Western and other embassies in Ghana. It was reported that back in 2009, some persons among a group of Ghanaians who traveled to Australia to participate in the disabled category of the Commonwealth Games that were then taking place there, were found to have faked their disabilities. Like the most recent incidents, the 2009 fakeries were a blemish on the image of our country.

It is noteworthy that none of these impostors was a foreigner; all were bona fide Ghanaian citizens. The spate of visa fraud scandals perpetrated by Ghanaian citizens should remind us of our own human frailties; it should make us less prone to feel morally superior to fellow Africans.

Meanwhile, as the scandals unfold in Ghana, one can imagine the glee on the faces of the Nigerians, whom Ghanaians have always derided as past masters at fraud. But can anyone begrudge them that justifiable feeling of amusement as Ghanaians wake up to the realization that there are bad apples in everyone's backyard? When it finally emerges that one's holier-than-thou neighbor is just as imperfect as the guy next door. celebrating his misfortune comes as a matter of course.

I wouldn't blame our Nigerian friends if they raised a glass or two of Guinness in celebration of our national shame. There are no angels anywhere in the world.