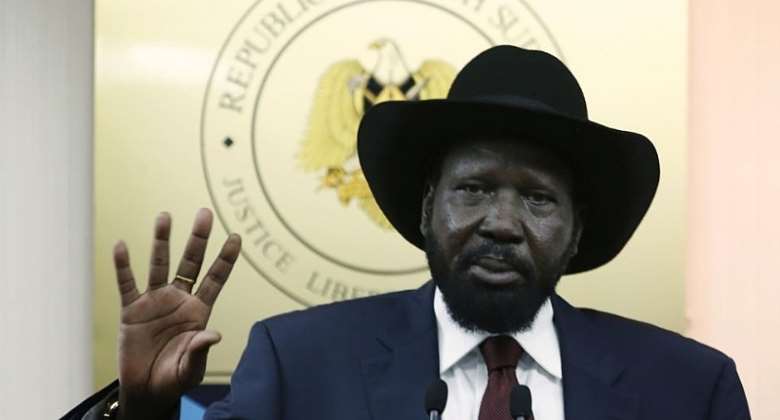 Last month in Kampala as Uganda's president, Yoweri Museveni, stood watching with the look of a proud peacemaker on his face, the two main principals of the warring factions in the genocidal civil war in South Sudan put their signatures to a peace pact - again.

It was the umpteenth time this ritual had been enacted between the South Sudanese President Salva Kiir and his former vice president Riek Machar in the last five years since their newly-independent nation erupted in bloody chaos that has so far claimed thousands of lives and visited untold suffering on millions of South Sudanese citizens.

Given the poor track record of the signatories to the latest peace agreement in sticking with what they promise, few people in the world are holding their breath. The US State Department doesn't think much of what transpired in Kampala; nor does the UN, which quickly imposed a long-threatened arms embargo on South Sudan against the objections of its leaders. Nearly half a dozen previous such attempts fell by the wayside within hours after a peace document had been signed, which seems to have eroded the world's confidence in the two leaders' ability to bring peace to their country. Evidently, the UN action was intended to send a clear message to both Kiir and Machar that the international community Isn't amused by their vicious, self-serving antics.

Like most African leaders, the two rival protagonists in South Sudan's post-independence tragedy would rather see their people suffer endlessly than bend a little in their respective entrenched positions, obviously afraid that doing so may potentially lead to their political demise.

Imposing an arms embargo, which may not even be scrupulously honored by all nations, may be a good way to express the world's frustration, but it will not accomplish anything unless South Sudan's leaders are willing to genuinely work for peace. ICC indictments could get their attention, however.

There is already a mountain of evidence of gross human rights abuses committed by both sides in the conflict, especially by the regime's forces. If the ICC could lay its hands on both Kiir and Machar as well as their accomplices, the end of the central African nation's nightmare would be very well in sight.

In fact, the ICC should have got involved in South Sudan by now. The atrocities taking place there

are no less heinous or egregious than those the world saw in Liberia, Ivory Coast and the former Yugoslavia that prompted the prosecution of the masterminds behind those crimes by the international tribunal. Even the mere threat of prosecution might have had a moderating effect on the criminal leaders in South Sudan in much the same way that Omar Bashir of Sudan was compelled to modify his behavior in Darfur following his indictment by the ICC.

Although Darfur may not have been completely pacified yet, the scale and intensity of the butchery by Sudanese soldiers and their Arab militia allies have wound down significantly lately.

The UN should also investigate other avenues that could put more pressure on the warlords. If the latest peace agreement suffers the same fate as its predecessors, or if the arms embargo fails to make a difference, South Sudan's UN membership should be suspended along with all the privileges it enjoys from the various UN agencies apart from those that deal with humanitarian issues and extreme emergencies.

Suspension of UN membership is an uncharted territory, with no precedence whatsoever in the annals of the 70-year old organisation, but it may be worth looking at if only because the situation in South Sudan is so dire.

Other African countries have gone through their own post-independence traumas, but few have suffered the same degree of adversity as South Sudan, which was hit simultaneously almost from the onset with the twin calamities of war and starvation - afflictions that are largely attributable to the evil and selfish leaders.

We all should hope and pray for the success of the latest peace effort. On the other hand, if the not-so-untinkable happens and it is derailed as many others had in the past, the international community must look at all the options, including even the unorthodox, and act to save the lives of millions of human beings.

Meanwhile, let's keep our fingers crossed. The umpteenth time may be the charm.