In The Gold Coast, Hospitals Never Turned The Sick Away 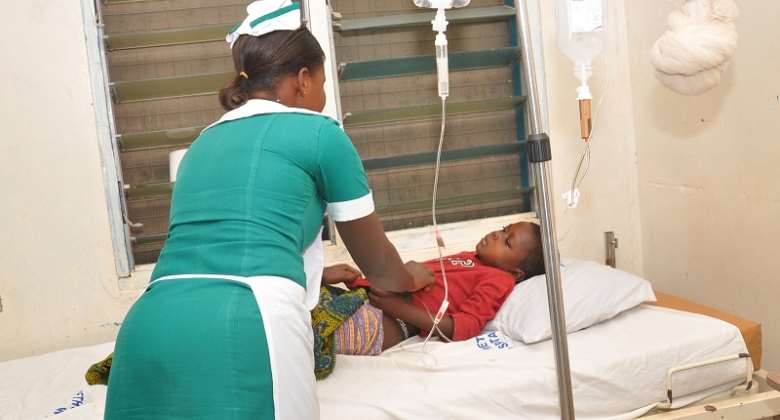 As the tragic statistics relating to the appalling state of healthcare in Ghana pile up, generations of Ghanaians who grew up before independence may be wondering wistfully as to whatever happened to the good old days. Yes, the good old days when there was no such thing as "no bed ," among other things.

The sad thing is that the "no bed' incidents ultimately become death sentences since the gravely-ill persons who are usually transported to seek urgent medical attention often end up dying on the road after being callously denied help by one medical facility after another, all blaming a shortage of beds for their inability to help.

In the face of such possibly needless or avoidable deaths, I could not resist the temptation to take a short trip down memory lane to see how healthcare under colonial rule stacked up against what we have today. The contrast is almost like night and day.

Even though hospitals and clinics were few and far between in the colonial days, people who became sick always received medical attention as long as they made it to a care-giving facility. Doctors and nurses had very few compelling reasons to decline to attend to a patient. Not even indigents were denied care.

In independent, sovereign Ghana, however, medical care tends to be elusive, to say nothing of efficient care. Chronically scarce or inadequate resources compel hospitals to make painful and harsh decisions which often result in sick people who critically need help being turned away. Such a situation was unthinkable in the Gold Coast.

Naturally, the medical personnel find themselves at the receiving end of public anger over the healthcare chaos. But are they the real culprits?

In my opinion, the responsibility for what is happening belongs to the corrupt politicians and military dictators who have been in charge of the country's affairs since independence. Not only did successive administrations, both civilian and military, fail to build adequate new facilities to cope with the rapidly expanding population, but they also looked on nonchalantly as the older, existing institutions such as Korley Bu and Komfo Anokye deteriorated and fell into disrepair.

The physical conditions of these venerable old hospitals- carryovers from the colonial era - not to mention the medical equipment and installations, became disgustingly degraded. Windows fell off. Toilets didn't work. Broken tiles were never fixed. In short, there was absolutely no evidence of general maintenance in these places.

And as a shameful testimony to the insensitivity of the leadership to healthcare issues, a project for a maternity block in Kumasi has been abandoned for more than 40 years due to lack of funding. The government couldn't come up with 40 million dollars needed to complete it. Only God knows the human cost for putting work on such a vital healthcare infrastructure on ice for so many years.

Meanwhile, vast sums of money from the state treasury illegally found their way into the pockets of government officials and their families and friends.

Is it any wonder why many Ghanaians miss the colonial era, ironically a period in their history that they were supposed to hate? To be sure, the colonial era was no utopia, but it was also, at least in the Gold Coast, not the dark and oppressive time that was falsely depicted in the demagogic rhetoric of power-seeking men like Kwame Nkrumah and the other so-called African nationalists whose stewardships of their own countries were nothing but catastrophic

Compared to what replaced it, the colonial government was more efficiently-run, more socially-responsive, more humane, and, above all, less corrupt. Shortage of beds would not have become a de facto death sentence for anyone in the Gold Coast because it would never have happened in the first place.

Ya-Na commiserates with Mahama
52 minutes ago