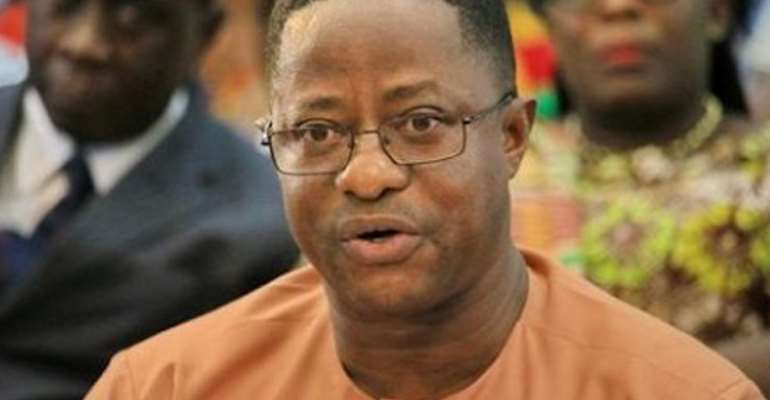 Government has set up a committee to outline the processes to lift the ban placed on Small Scale mining popularly known as “galamsey”.

It is to ensure that those who have acquired proper licenses are able to operate legally.

Speaking on Okay Fm‘s Ade Akye Abia Programme, Presidential Staffer and Secretary to the International Committee on Small Scale Mining, Charles Bissue, explained that the “processes will also ensure sanity in the system“.

Government, earlier in 2017, imposed a six-month ban on small-scale mining as part of efforts to end illegal mining and its related activities, which adversely affected the environment, particularly water bodies and forest reserves. Couple of weeks to the expiration of the ban, the government announced an extension on all forms of small-scale mining in the country by three months in 2017, bringing the new deadline to January 2018.

The Ghana National Association of Small Scale Miners (GNASS), subsequently accused the Ghana Chamber of Mines of not fighting for the best interest of small-scale miners.

This follows the Chamber's caution to stakeholders including small-scale miners against stampeding government into lifting the ban on small-scale mining.

According to them, the government has not been engaging enough in lifting the ban on small-scale mining.

It is quite obvious that Government is reeling under pressure from the GNASS which insists it must live up to its promise of lifting the ban on small-scale and illegal mining.

Speaking to Peace fm news, the Director in charge of Research and Planning of the Association of Small Scale Miners, Mr. Mike Gizo said though they are cooperating and collaborating with government on the processes and the plans leading to lifting of the ban on small scale mining, they are losing their source of income.

“We will urged government to expedite the process to enable us go back to our legal businesses,” he added.

It is in this light that Presidential Staffer and Secretary to the International Committee on Small Scale Mining, Charles Bissue, sought to calm the nerves small-scale miners.