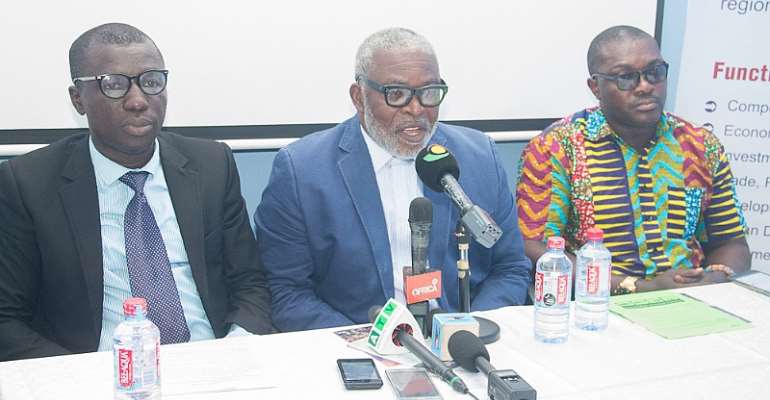 A nationwide campaign on www . change.org to get the National Consumer Protection Law passed started across the country. The campaign is gathering 20,000 electronic petition to urge the president to prioritize the passage of the Consumer Protection Law this year . Launching the campaign, the Country Coordinator for CUTS Ghana, Mr. Appiah Kusi Adomako called on Ghanaians both home and abroad to support the campaign. It is only through public support can the issue be seen on the radar of the Executive and Parliament. He called for a strengthened media advocacy and public education, to engage the attention of policy makers to prioritise the passage of a comprehensive National Consumer Protection Bill, to replace the current fragmented ones.

Mr. Appiah Adomako was speaking as part of the activities to mark World Consumer Rights Day here in Accra. Speaking on the theme for global celebration: 'Making Digital Marketplaces Fairer', he said that day is meant to promote and protect the basic rights of all consumers, for instance in areas such as ensuring the safety of their information, and in the financial sector address high interest rates, unfair contract terms on loans and mortgages, ATM Fees, hidden charges, security issues, privacy concerns, as well as high taxation and vast inequalities that existed.

In his keynote speech, the Chief Executive Officer of Consumer Protection Agency, Mr. Kofi Kapito said “over the past ten years, there has been various attempts by government through the Ministry of Trade and Industry (MOTI) to get to cabinet the draft Consumer Protection Law. Four presidents have come and gone yet the progress has painstakingly been slow. It is discouragingly disheartening the tro-tro pace at which government is handling the process. The seemingly lack of interest in the law by government can be seen to have stalled the progress”

He added that though, there are limited provisions in some legislations like the PURC Act 538, NCA 524, Act, and FDA that protect the Ghanaian consumers, these provisions are scattered in over 40 statutes and it is even difficult for a smart lawyer to find them.

He advised customers to boycott such facilities and their products in order to mount pressure on these manufacturers and merchants to adhere to internationally acceptable standards.

CUTS is a public policy think-tank working in the areas of trade and development, competition and economic regulations, and governance and consumer protection across Asia and Sub- Saharan Africa. Established in 1983 and with its headquarters in Jaipur, India, the organisation has its regional presence in Accra, Nairobi, Lusaka, Geneva and Hanoi.

US revokes licence of top Chinese telecoms company
3 minutes ago