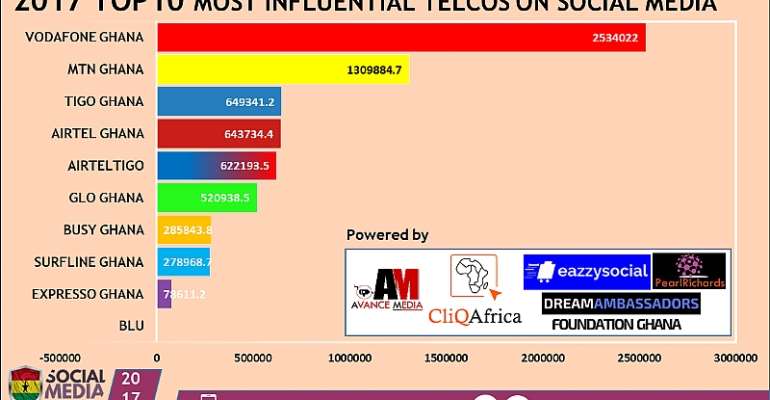 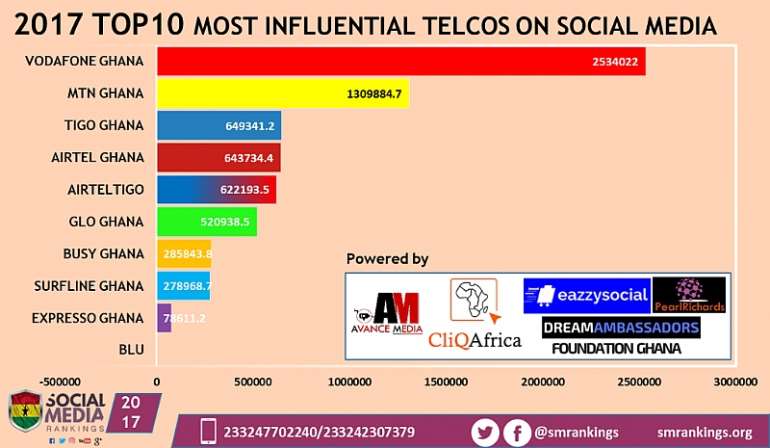 Vodafone Ghana which recorded a total following of 936,935 across Facebook, Twitter and Instagram also recorded the highest number of growth rate recording a total of over 222,000 new followers on Social Media.

MTN Ghana who also recorded new followers numbering 216,077 were beaten off by the high level of engagement demonstrated by Vodafone Ghana on Social media despite recording the highest number of followers.

Despite the merger of Tigo and Airtel in December 2017, the ranking also features the brands since their various pages were mostly active in the year in review.

The only new entrant on the list is AirtelTigo which took the fifth position.

Full report on the 2017 Ghana Social Media Rankings is available on www.smrankings.org

Below are the 2017 Top 10 Most Influential Telcos on Social Media:

The ranking which is based on the GSMR Score was analysed from their Social Media followings, Growth Difference, Engagements, Post Reaches and Mentions.

I'll Complete All My Abandoned Projects By This Gov't — Maha...
13 minutes ago