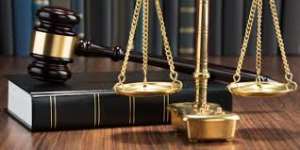 An Accra Circuit Court on Monday granted bail in the sum of GH¢10,000 to one Gideon Asante, over allegedly possessing narcotic drugs without lawful authority.

The accused person, who pleaded not guilty, would reappear in court on February 5.

Prosecuting Chief Inspector K. Adu, told the Court that the New Weija Police Patrol team who were on duty on January 1 this year, spotted the accused at the London Bar at Choice, near New Weija, at about 2230 hours. The Police suspected him, and caused his arrest.

The Prosecutor said, when the accused was searched the Police found eight wrappers of dried leaves suspected to be Indian hemp upon which the accused was sent to the new Weija Police Station, together with the exhibits for further investigations.

The Prosecution said, the accused in his caution statement, admitted ownership of the substance.

The Prosecution told the court that the said exhibits had been forwarded to the Police Crime Laboratory for examination and report.