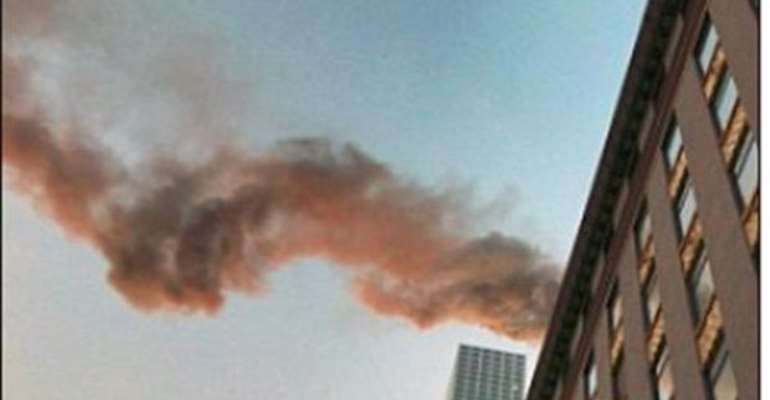 Donald Trump's Trump Tower is currently on fire. The tower located in midtown Manhattan caught fire on Monday morning at about 7 am after an electrical box in the HVAC system on the roof of the building overheated.

Emergency responders rushed to the scene immediately to help fight the flames as large clouds of smoke covered the midtown skyline. Firefighters could be seen on the roof of the burning building. Members of the NYPD are also on the scene.