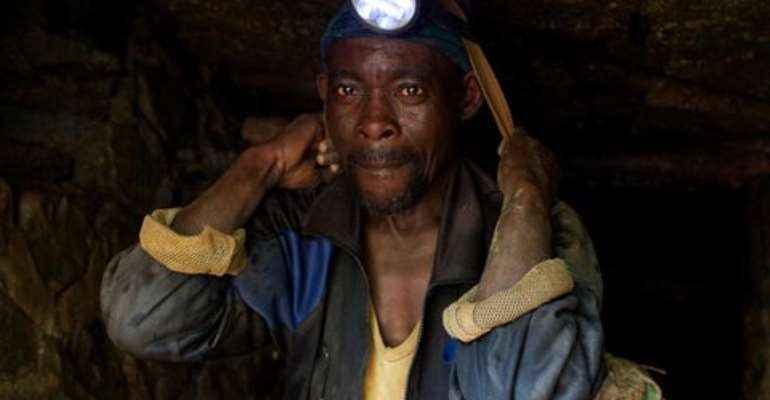 Labour unions in the country have kicked against plans by mining giant, Gold Fields Limited, to retrench more than 2,000 workers at its Tarkwa and Damang concessions.

“Given the already precarious employment situation, the TUC [Trades Union Congress] and its affiliate national unions were horrified by the news that a company that has gained so much from the very generous fiscal incentives made available by our mining laws and have consistently recorded colossal profit margins over the years, could contemplate such heartless measures,” a statement signed by TUC General Secretary, Yaw Baah, said.

Goldfields Ghana has said its decision to operate contract mining at its Tarkwa concession is the best business model to sustain its investments in the country.

The company decided to change its business model of the Tarkwa concession from owner mining to contract mining, similar to its operations in Damang as a result of unstable gold prices and cost of labour in recent years leading to a dwindling fortune for the company.

However, TUC says the latest number of workers cited in a letter written by lawyers of Gold Fields Ghana Limited puts the expected number of affected workers at 2,150, out of a total workforce of 2,516 (including Management staff).

“We find this extremely unfortunate considering the extent of contradictions and inconsistencies in the company’s justification for the proposed retrenchment,” it said.

TUC the says the proposed retrenchment is a demonstration of bad faith and breaches the mining Development Agreement. 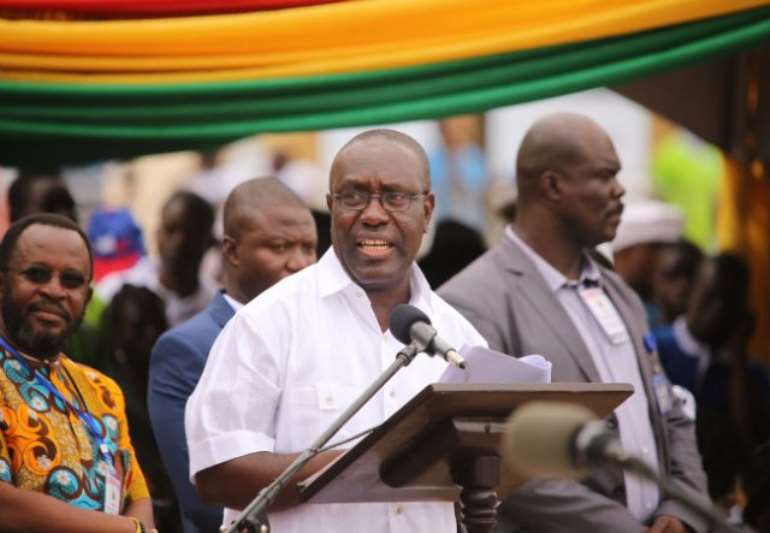 On 20th and 21st of December, 2017, the Trades Union Congress (TUC) held the second of its bi-annual General Council meeting in Accra. The first day of the meeting was devoted to discussion of a number of important national issues that have implications for working and living conditions of workers and their families. As expected, the proposed retrenchment of 2150 workers by Gold Fields Limited at its mines at Tarkwa and Damang took centre stage of the Council’s deliberations.

Given the already precarious employment situation, the TUC and its affiliate national unions were horrified by the news that a company that has gained so much from the very generous fiscal incentives made available by our mining laws and have consistently recorded colossal profit margins over the years, could contemplate such heartless measures.

The facts available to the TUC indicate that Gold Fields intends to pursue a contract mining. The initial estimate of the company was that this alternative mining option would lead to the retrenchment of about 1,500 of its employees. But the latest number of workers cited in a letter written by lawyers of Gold Fields Ghana Limited astonishingly puts the expected number of affected workers at 2,150, out of a total workforce of 2,516 (including Management staff). We find this extremely unfortunate considering the extent of contradictions and inconsistencies in the company’s justification for the proposed retrenchment.

The Company justified the decision to undertake contract mining and the subsequent retrenchment on two grounds. The first is the Life of Mine. The Company claims that the life of its Tarkwa Mine stands at between 5 and 6 years, implying that the mine is nearing its lifespan. This claim is unsupported by the facts available to the TUC including facts that are posted in black and white on Gold Fields Ghana Limited’s website and the Company’s audited Mineral Resource/Reserve Report. In the audited report, Gold Fields stated among other things that the Life of Mine as at December,

The second justification by the company was in respect of what it called ageing fleet. Gold Fields claims that its mining equipment is ageing and nearing the operational lifespan. An analysis of this claim shows that, it is far from the truth. In fact, our analysis indicates that over 80 percent of the current fleet is operating below the Original Equipment Manufacturer Life of 60,000 hours and an Extended Life of 72,000 hours. This means that the current fleet can run for several years. Strict maintenance regime as has always been adhered to by Gold Fields Ghana Limited combined with a strategic fleet replacement schedule, the current fleet has the potential to go beyond the current 14-year life. Surprisingly, the so-called ageing fleet is expected to be purchased by the contractor for use under the proposed contract mining arrangement.

It is also important to state that, in 2016 Gold Fields Ghana Limited proposed and secured a Development Agreement with the Government of Ghana in respect of its Tarkwa Mine. The agreement was signed on 11th March, 2016 and ratified by Parliament on 17th March 2016. As part of this agreement, the government of Ghana committed to grant further fiscal incentives provided under the mining lease held by Goldfields. Specifically, Government agreed to reduce the corporate tax rate, which stood at 35 percent for all mining companies to 32.5 percent for Gold Fields Ghana Limited, under the development agreement. The royalty was also reduced from a flat rate of 5 percent to a range of between 3 to 5 percent, indexed to gold price spanning 11 years.

According to Goldfields, these and other fiscal concessions would save the Company up to USD33 million a year effective 2016.

The Government of Ghana gave away these incentives principally because Section 49 of the Minerals and Mining allows the state to enter into Development Agreement with holders of Mining Leases where the proposed investment exceeds US$500 million. Gold Fields Ghana Limited had a mining lease and had also promised/proposed to invest additional USD2.5 billion in both the Tarkwa and Damang Mines. It was envisaged that the new investment would increase gold production at the two mines by 40 percent to one million ounces per year. This, according to the Parliamentary Select Committee on Mines and Energy, “will go a long way to make the projects (Tarkwa and Damang Mines) viable and also create more jobs…”

One year on, and after these generous fiscal and other concessions, Gold Fields has the temerity to disregard its own commitment and promises and propose this insensitive retrenchment programme in which 2,150 workers will lose their jobs and livelihoods. This certainly cannot be “the more jobs” the people of Ghana were promised in return for the huge fiscal incentives.

The proposed retrenchment by Gold Fields is, therefore, a demonstration of bad faith and is in breach of the mining Development Agreement the Company signed with the Government of Ghana in 2016.

We call on Government to ensure that Gold Fields implements its side of the Development Agreement and refrain from adducing additional arguments to justify what is basically an unjustifiable action.

The Ghana Mineworkers Union of TUC is already in court pursuing justice for its members at Gold Fields and the people of Ghana over these blatant violations. The TUC fully supports the court action. In the coming days and weeks, we will pursue additional measures to ensure that Gold Fields does not renege on its contractual obligations and does not further compound the looming unemployment challenge we face.

We would like to assure our members at Gold Fields that the Union will do the best it can to defend their rights.