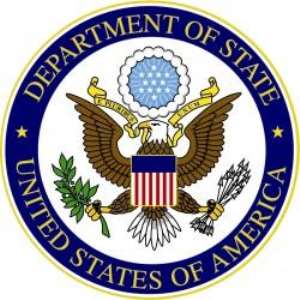 He said the US partnership with governments in Sub-Saharan Africa and with civil society had the concern as an important part of their engagement.

'And we look forward to continuing that engagement and you know, really working and to work with the people of countries across the region to promote integrity and transparency and accountability within the public sector,' Mr McClure said during a telephonic press conference in Washington, which was monitored by the Ghana News Agency in Accra.

To sustain this effort, INL engages in high-level diplomacy, develops and implements technical assistance programs, and reinforces the important role played by civil society, the media, and the business community.

Mr Leventhal said every year governments and citizens around the globe use December 9th to highlight the importance of combating corruption, underscore their progress and identify remaining challenges.

He hailed the inaugural Global Forum on Asset Recovery (GFAR), which came to a successful conclusion in Washington D.C.

He said the GFAR, which was co-hosted by the US and the United Kingdom, objective was 'make asset recovery more effective'.

Leventhal said GFAR was one important example of the leadership role that the US plays in combating corruption internationally.

'At the Global Forum on Asset Recovery just a couple days ago, Switzerland signed a Memorandum of Understanding with Nigeria to return $ 321 million in stolen assets,' he said.

'Kleptocracy, or high-level corruption, breeds instability by driving a wedge between government and the people.

'It turns institutions meant to serve the people into tools for exploiting them and this can leave many feeling disempowered and convinced that the system is rigged. And this can open the door for transnational organized crime and extremist groups to exploit this frustration for their own purposes.'

Leventhal said the US Anti-Corruption Foreign Assistance Programmes include capacity-building for governments to create stronger laws and more effective institutions to investigate, prosecute and secure convictions and to put in place measures to prevent corruption, foster oversight and promote government integrity and transparency.

On his part, Mr McClure lauded the Switzerland and Nigeria, Memorandum of Understanding on the return of this money at the Global Forum on Asset Recovery.

He said one of the things that was abundantly clear through the conversations between the Nigerian and the Swiss and the World Bank, was that about asset recovery does take time but there were certain lessons learned over this process.

'And some of these lessons learned are these discussions need to start as early as possible. It's really incumbent upon the countries to build trust in this partnership between them so that this dialogue can take place,' he said.

Mr McClure said it was always helpful to involve others in the process where possible and where appropriate, including civil society.