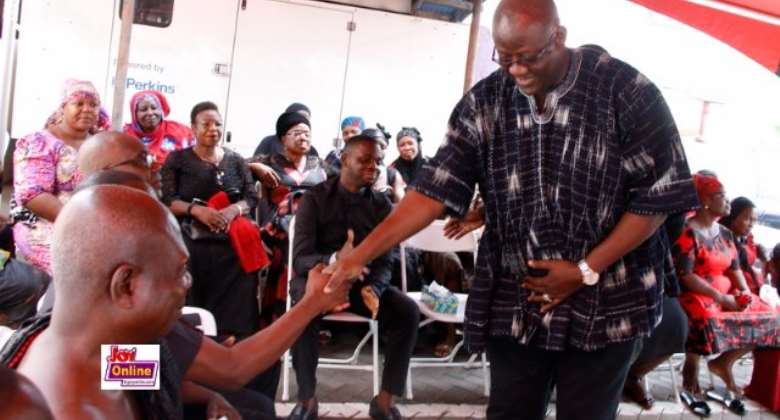 The suspended National Chairman of the governing New Patriotic Party (NPP) says the late Asempa presenter, KABA was more like a son to him.

Speaking to Joy News Wednesday afternoon, while visiting the staff of MGL to express his condolences, Mr. Afoko said the late Kwadwo Asare Baffour Acheampong, KABA, as he was popularly called "was not a stranger at all to my house."

KABA, passed away early Saturday morning at the Korle Bu teaching hospital after a short illness. Many have been sharing their words of condolences to the family.

The suspended NPP Chair who was in the company of the former presidential spokesperson Andrew Awuni described KABA as a "balanced journalist" who was unbiased to guests who appeared on his Ekosii Sen show.

Recounting one of his interview encounters with KABA, Mr. Afoko said per the questions KABA asked him he thought he was hostile to him and he didn’t like him (Afoko).

“I first thought he doesn’t like me but after listening to his interaction with Nana Akomea I realized that this is a balanced journalist”, he said.

I hope the young journalists have learned a lot from him," he added.

Mr. Afoko also described the late KABA as a kind man who loved people and who will reach out to people who are distressed on any matter.

He urged the public and sympathizers not to ignore the family but reach out to console and cater for them in these hard times.

KABA, 37, left behind a wife and a seven month old baby girl.