Donations Received From Kufuor, Ibrahim Mahama And Others Towards KABA funeral 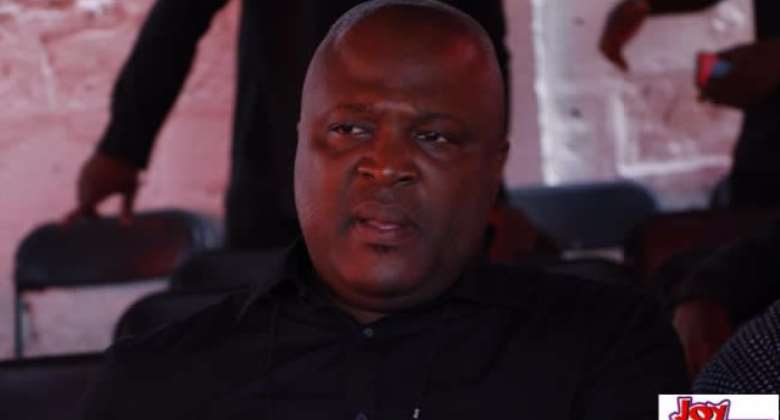 Former President Kufuor, businessman Ibrahim Mahama and owner of Despite Group of Companies were among the many individuals and companies that have donated towards the late Kwadwo Asare Baffour Acheampong’s funeral.

Wife of the late presenter Valentina
They made cash donations of undisclosed amounts to the family at the one-week celebration of the late Asempa FM presenter’s passing.

The event held at the forecourt of The Multimedia Group at Kokomlemle Saturday saw hundreds come to contribute their widows mite towards the funeral of the late 'Ekosii Sen' presenter.

Majority Chief Whip, Mathew Nyidam
KABA died on November 18, 2017, at the Korle-Bu Teaching Hospital after a short illness. He was survived by a wife, Valentina Ofori Afriyie and a seven-month-old baby girl.

Trades Minister, Alan Kyeremanten
He will be buried on December 16 in Accra, the family head, Elder George Nyarko, disclosed Saturday, at the one-week celebration of the late presenter’s passing.

CEO of the Despite Group of Companies, Osei Kwame, popularly known as Kwame Despite (in glasses)