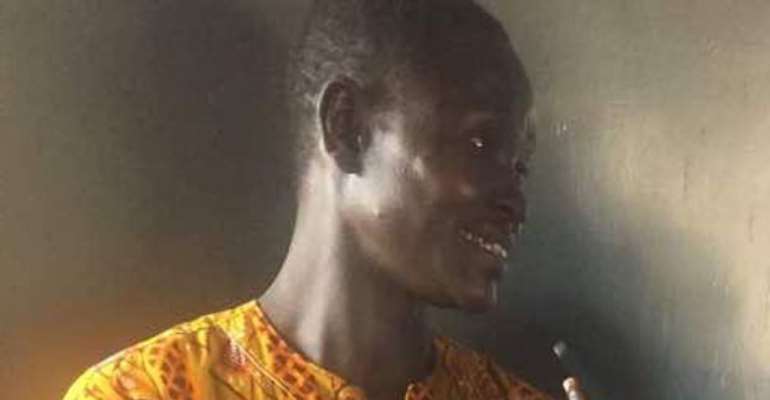 Abdulai Dawuni, a butcher, who was arrested and subsequently imprisoned for buying a stolen cow from some Fulani herdsmen in the Bole/Bamboi District in the Northern Region, has been released after serving five months in prison under the 'Justice For All' programme.

Narrating his story, he told DAILY GUIDE that one of the Fulani herdsmen, who sold the stolen cow to him, escaped arrest but he (Dawuni) and another Fulani were arrested.

The butcher said after admitting to buying the stolen cow, he was made to pay GH₵1,500, which he did but was still imprisoned.

He thanked the government for instituting the Justice for All' programme.

“For five months I've not seen or heard from my wife, children and my father, I am very happy today because I've been given another chance to reunite with my family. God bless the government for the Justice for All initiative of which I've become a beneficiary,” he said joyfully.

“The lessons that I have learnt in the prison would be put to good use, Abudulai stated.

The judge who supervised the Justice for All programme held at the Tamale Central Prisons, Justice Julius Quarshie, told DAILY GUIDE that there were 20 applications, adding that three persons were unconditionally discharged, 13 granted bail, one application struck out while three applications were refused.

Justice Quarshie disclosed that the 'Justice for All' initiative had reduced the number of remand prisoners across the country.

According to him, when the Justice for all started in 2007, there were 30% remand prisoners but it has reduced to 13.6%, indicating that the programme has led to the decongestion of the various prisons.

“There have been workshops for district judges and magistrates to educate them on the right thing to do but some of them continue to remand unnecessarily.

“We have gotten the names of three judges who remand people into prison unnecessarily and they will be reported to Lady Chief Justice for disciplinary action to be taken against them.'

Justice Julius Quarshie hinted that judges, who remand unnecessarily, might not be promoted.

The eight years of tension between Rawlings and I ceased in ...
6 seconds ago

Rawlings will have positive verdict in Ghana’s history – Aku...
4 minutes ago