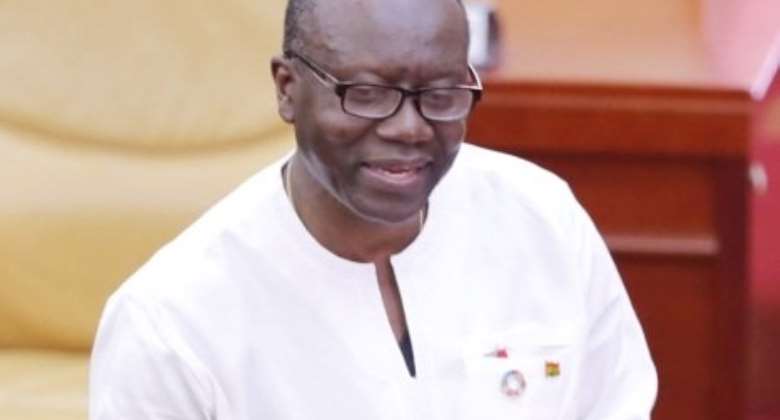 The Ghana Union of Traders Association (GUTA) says government has no clear-cut monetary policy in the 2018 Budget and Economic Policy Statement to stabilise the cedi against the major trading currencies.

Mr Joseph Paddy, the Public Relations Officer of the Abbosey Okai branch of GUTA, said this in an interview with the Ghana News Agency on Thursday in reaction to the budget statement presented to Parliament by Mr Ken Ofori-Atta, the Minister of Finance.

He said the cedi was trading at 4.4 or 4.5 to a dollar and kept depreciating on weekly basis and, therefore, feared the local currency would further depreciate before the end of the year.

Mr Paddy said the Customs Division of the Ghana Revenue Authority (GRA) had been using the Benchmark Values or Commissioners Values in calculating duties on imported goods instead of the World Trade Organisation (WTO's) recommended Transitional Values.

Therefore, he said, the situation often increased the prices of imported goods by sometimes 200 to 300 per cent.

In view of this, he said, importers had no option than to pass the charges on consumers, thereby increasing prices of foreign goods on the local market.

Mr Paddy noted that the cost of processing raw materials in the country was high, forcing some manufacturers and industries to fold up and engage in retail business.

'This will adversely affect employment situation in the country because more people would be laid off,' he said.

He said although government waived the 17.5 per cent VAT on financial transactions in the 2017 Budget and applied three per cent flat rate, the impact of the decision had not been felt by importers because of the GRA continuous usage of Benchmark Values to calculate duties on imported goods.

Mr Paddy said the interest rate by commercial banks on loans was still high and negatively impacting on business operations.

He said: 'GRA using Benchmark Values to calculate charges on foreign invoices of importers is a big challenge to us, therefore, we suggest that government should stick to the WTO's recommendation of using transitional values to calculate the duties on imported goods'.

Mr Paddy welcomed moves by government to reduce electricity tariffs next year and expressed the hope that it would positively impact on manufacturing sector.

He commended government for improving some macroeconomic indicators such as the reduction of the year-on-year inflation from 15.4 to 11.6 per cent, policy rate from 26 to 21 per cent, debt to GDP from 73 to 68.3 per cent and budget deficit from 9.4 to 6.4 per cent.

Mr Paddy, however, indicated that government could not rely on oil revenues to sustain the local economy and called for value addition on raw materials so that Ghana could competitively trade her goods on the international market.

He also suggested that, Ghana should add value to her human resource and export them to earn more foreign exchange in view of the large numbers of youth unemployment.

Mr Paddy said the Association would soon organise a roundtable discussion on the budget and officially come out with its stand on some government policy directions.

The Finance Minister on Wednesday, November 15, 2017, presented the budget to Parliament and promised to, among other things, create 100,000 jobs for the unemployed graduates, and 250,000 direct and indirect jobs under the 'One District One Factory' programme.

Mr Ofori-Atta indicated that government would cut down electricity tariffs by 13 per cent for residential and non-residential users and 21 per cent for mining firms to boost their operations and relieve some financial burden on Ghanaians.