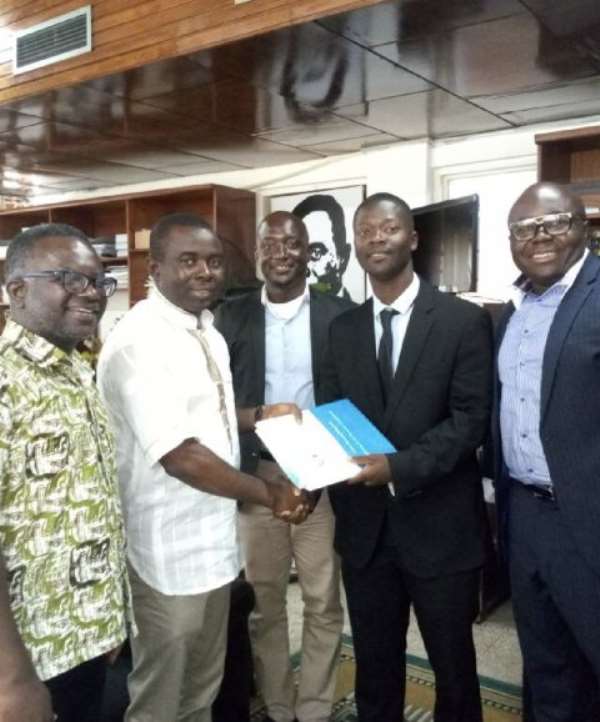 Ghana is losing a whopping amount of between 30 to 60 million dollars through internet and other forms of cyber fraud, particularly as a result of hacking into bank and cash transfers.

What makes the situation even more alarming is that there is lower level of knowledge by actors in the banking industry and mobile telecommunication, in most cases of how thieves and criminals operate to swindle the unwary.

These were made known during the presentation of a report titled; '2017 West Africa Cybersecurity Indexing and Assessment Report,' by at team from 3T Solutions Consulting to the University of Ghana Business School (UGBS) at Legon.

Mr Kojo De Graft, the leader of the three member team, said: 'One of the main reasons 3T Solutions Consulting embarked on this 12-month project was to create awareness of the menace of cyber threats to business and governments in West Africa using locale-specific data.

He expressed a strong need to bring cybersecurity awareness into the open, observing rather that 'Cybersecurity is mostly seen as IT departments issue or Government issue and most institutions defer to the IT department on this menace.'

Noting that Cybersecurity is a global problem, the Report said the menace could be dealt with emphatically by regions and that the threats faced around the world were all different and could be solved regionally by coalition of academic and business partnerships.

It called on the governments, the academia, and the banking sector among others to invest heavily in cybersecurity to avert the operations of cyber criminals.

'We hope with this report to start changing mindset that cybersecurity is everyone's concern; that is when real awareness and clarity of the enormity of the issue can be addressed,' Mr De Graft said.

He pointed out that the UGBS should be concerned about cybersecurity because as digital lives merged with physical and business, cyber threat became more pronounced for businesses and they had to be aware and able to mitigate them.

Also, every region faces a different form of threat. The University can be the institution leading the effort in West Africa to find innovative practices to counter the menace; and cybersecurity subject is now being incorporated into top universities such as Harvard, Oxford, Cornell, and George Washington MBA programmes.

'We believe UG will also benefit from this trend in incorporating cybersecurity into their business programmes. As a citadel of knowledge, UG has a role to play as the premier institution of cybersecurity education in creating practical policy implementation for the challenge.

Prof. Joshua Yindenaba Abor, the Dean of the UGBS, who received the Report in the company of Prof. Richard Boateng, the Head of Department of Management Information Systems of the UGBS, said the School was ready to partner 3T to help with seminars for the executive MBA programmes.