By Jennifer O'Mahony in Dakar with Orlind Cooper in Monrovia 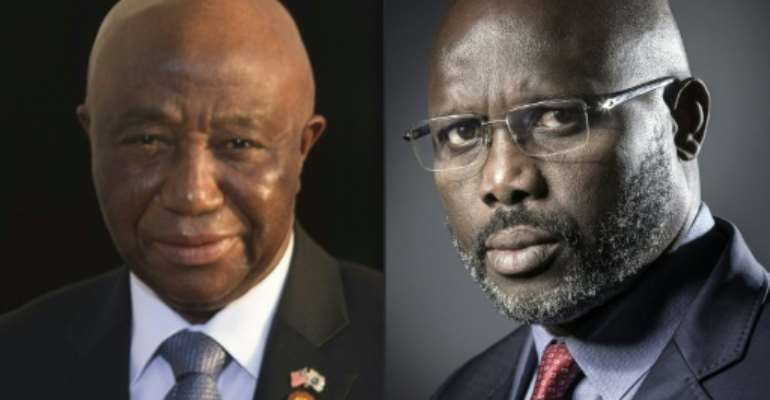 "REMEMBER TO VOTE" wrote Liberia's National Elections Commission (NEC) on its Facebook page on Wednesday, a daily reminder to Liberians that the final stage of selecting their president is fast approaching.

"REMEMBER NOT TO CHEAT AGAIN NEC!" came the swift reply in the comments.

But complaints about the conduct of the first round of voting on October 10 are drowning out their efforts to campaign in the small west African nation.

As Weah and Boakai mount last-minute pushes for funding and support at home and abroad, Liberians are preoccupied with another political process playing out at the electoral commission and potentially in the country's courts.

NEC chairman Jerome Korkoya told journalists on Wednesday the commission had received 56 different election-related complaints so far, which were "being handled according to due process and in a transparent and open manner."

Experts say the disputes -- legitimate or not -- could affect turnout and erode voters' faith in the electoral process at a critical moment in Liberia's history: its first democratic handover of power in seven decades as President Ellen Johnson Sirleaf steps down.

"The bigger issue is whether they will vote in the second round," he told AFP by phone from Monrovia.

Ballots in a bath tub

The Liberty Party was the second after the ALP to lodge a formal complaint with the NEC on Monday, which it will take to the Supreme Court if a hearing is not confirmed before the runoff, a source in the party told AFP. 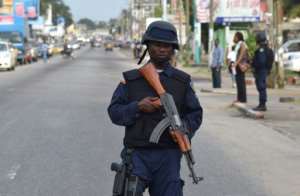 The nine-page document says the election was "characterised by gross irregularities and fraud," that denied "thousands of Liberians of their constitutional right to vote," and details specific incidences of ballot stuffing.

No independent source has yet given a figure close to "thousands" affected by problems on voting day, but the louder the parties shout, the more disenchanted the voting public becomes.

Cummings, who came fifth on October 10, described stolen ballot boxes, mix-matched tally sheets, polling places moved with no notice to voters, intimidation of poll watchers, and "an unprecedented number of both invalid votes and turned-away voters" in a statement of complaint this week.

The problem for Boakai and Weah, who were entered into a runoff when they took the top two spots with no single candidate winning more than 50 percent of the vote, is the stalling of deals normally done with the losing candidates in return for their supporters' votes.

The votes of losing candidates account for more than 30 percent of ballots cast.

Boakai himself has now said he stands "in solidarity" with the three complaining parties after coming second with 28.8 per cent of ballots cast to Weah's 38.4 percent, and called on Monday for the NEC to "expeditiously review these concerns".

Weah's Coalition for Democratic Change (CDC) party lodged complaints themselves after losing the 2005 and 2011 elections, but have notably downplayed the allegations this time with the former AC Milan player travelling around Africa to garner support.

CDC campaign manager Wilson Tarpeh told AFP "a lot of negotiations are ongoing" despite the NEC ruckus, and former-warlord-turned-preacher Prince Johnson, who took 8.2 percent in the first round and on Thursday became the first to endorse Weah.

There may also be diplomatic reasons for Weah to stay out of the fight, as both Boakai and Brumskine are coming under pressure from the Economic Community of West African States (ECOWAS) regional body to cool tensions, a source familiar with the negotiations told AFP.

The election held on October 10 was deemed largely free and fair by international and domestic observers, who nonetheless recorded instances of late poll opening, voters being misdirected in polling stations, and one presiding officer caught red-handed ballot stuffing.