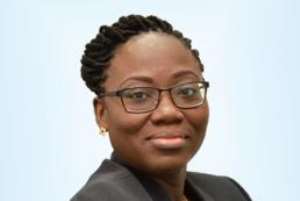 The 97 radio stations caught in the National Communication Authority’s net for various infractions face being shut down following the Authority’s nationwide FM Spectrum Audit if they do not respond adequately to notices to cough up fines imposed on them.

They have been given 30 days to respond to the notices.

The stations fell foul of Section 13 of the Electronics Communications Act (2009), and have been slapped with over GHc 1 billion in fines, with Radio Gold and Atlantis Radio picking up the heftiest fines of GHc 61,330,000 and GHc 60,350,000 respectively.

“We are hoping that within the 30 days, they will begin meeting the regulatory conditions which include the payment of outstanding debts, payments of penalties, and putting their documentation and authorization in good standing,” the Director of Consumer and Corporate Affairs at the NCA, Nana Defie Badu said in a Citi News interview.

Mrs. Defie Badu said no company has so far indicated that it will not be able to pay within the 30 days' notice and “it is up to the stations to get back to the NCA on how they intend to meet the regulatory requirements.”

She explained that “the 30 days will start counting from the day the letter was received by the radio stations. That is when we start counting the 30 days. At the expiration of the notice, the NCA would have to sit down and review all the inputs that are coming in.”

In the meantime, the NCA will wait on the sanctioned radio stations to make their moves within the notice period and will “only take a decision after the 30 day period is concluded,” she added.

She said the next course of action “will depend a lot on the actions of radio stations towards fulfilling the regulatory compliance… It may include that [shutting them down].”

“Obviously, if some companies have made some moves or actions towards meeting the regulatory requirements, I am sure the actions of the NCA on that station will be different from somebody who has not made any effort towards meeting regulatory compliance,” Mrs. Defie Badu said.

Break down of 97 sanctioned stations
According to the NCA, eleven (11) radio stations have been requested to pay application fees for renewal of Authorisation, and also pay a fine in accordance with the NCA's gazetted Schedule of Penalties for failure to apply 3 months before expiry of Authorization within 30 days.

Two (2) radio stations have been asked to submit renewal application within 30 days.

Sixteen (16) radio stations have been asked to submit renewal application, pay application fees, and pay a fine in accordance with the Authority's gazetted Schedule of Penalties within 30 days.

Twenty‐four (24) radio stations have been asked to submit omitted documents and pay a fine in accordance with the Authority's gazetted Schedule of Penalties within 30 days.

Fifteen (15) radio stations will have their Authorisation processed after payment of fines in accordance with the Authority's gazetted Schedule of Penalties.

One (1) radio station has been asked to settle its outstanding indebtedness before renewal of Authorisation is considered.

Twenty (20) radio stations have been asked to settle their Provisional Authorization (renewal) fees which have been invalidated due to non‐payment within sixty days – to pay interest on due amount.

Eight (8) radio stations have been asked to pay a fine in accordance with the NCA's gazette Schedule of Penalties before the authority conducts inspection as requested by the stations.

Give Me Chance To Correct My Errors — Disqualified Kofi Kora...
52 minutes ago