1 Million Metric Tonnes Of Cocoa Target Back On Track 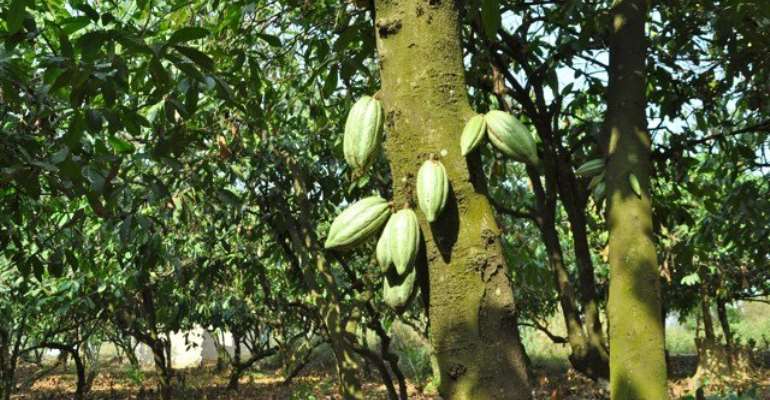 The Cocoa Research Institute has cautioned farmers against the indiscriminate application of weedicide on their crops.

Most cocoa farmers, especially those with large cocoa farms normally resort to the use of these chemicals to control weeds on their farms.

The haphazard application of these weedicides according to the Institute, will compromise quality of the crops.

Public Relations Officer of the Institute, Richard Armah said the excessive use of these chemicals affects the status of the soil and “once these nutrients deplete, nothing good will come out from the cocoa produce.

“We have chemicals we have recommended together with other agronomic practices that farmers are educated on,” he added.

The farmers, he said, are also given other incentives on how to manage their farms properly to boost its productivity.

Meanwhile, the Ghana Cocoa Board says it is on course to achieving its targeted one-million metric tonne of cocoa by the end of the year.

He urged farmers and other stakeholders in the industry to scale up their efforts to ensure success.

Dr Mensah spoke to Luv News at the opening of the National Cocoa Day in the Ashanti regional capital, Kumasi.

“For the past two years, production went down. This year, we have done of 900,000 tonnes and others we have put in place other measures to ensure increased productivity per hectare is what we call hand pollination so that we have more yield per hectare and we believe that we will be getting one million not too long from here.”

I Wish You Die In Prison — Judge To Convict Who Defiled His ...
44 minutes ago