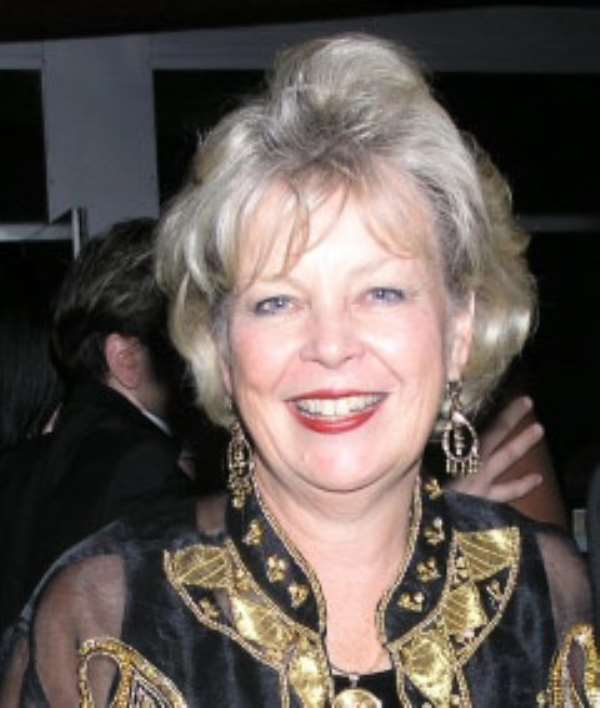 The US Ambassador to Ghana, Mary Carlin Yates, has welcomed the establishment of the new 24-hour frequency of the Voice of the America in the capital, Accra on 98.1 FM. She says it was a team effort between the US Embassy, the VOA and the National Broadcasting Authority in Ghana.

Ambassador Yates says when she first came to Accra two years ago, Ghana was the only African country where she could not hear VOA. Now, she says VOA's “24/7” on 98.1 FM will offer the people of greater Accra one more choice for news and information.

She says, “What I believe is (that) to strengthen democracy there needs to be pluralism, and that is in the voices that people hear and listen to as well.” The ambassador says the Voice of America “is such a reliable news station, where subjects, world events and events in Africa are treated fairly, that I think it brings the people who are listening to it an opportunity to learn of world events in a very objective manner.”

Ambassador Yates says the roots of Ghana's democracy run “quite deep” -- and help make it a model for other countries. Contributing to its democratic development, she says, was a decision by former military leader and elected president Jerry Rawlings to follow constitutional democracy and to support a succession of multi-party elections. Ghana's constitution prevented President Rawlings from running for re-election five years ago. President John Kufuor was elected to a four-year term and re-elected last year.

The US Ambassador to Ghana says the credibility of the polls – and thus the stability of the country – is enhanced by a transparent electoral process led by an independent and objective election commission. “They undertook last year a time consuming registration process,” she says, (and) "if countries plan for elections with enough time and have the process transparent enough – including the process of spending for the elections – maybe those are some of the lessons (other countries can learn from Ghana's successful experience with democracy).”

Ghana's political and economic success also make it a model for other countries. Ambassador Yates notes that Ghana has taken advantage of AGOA – the Africa Growth and Opportunity Act – to increase exports to the United States. Today, Ghana is the United States' fifth-largest trading partner in sub-Saharan Africa. Its record of good economic and political management has made it among five countries eligible for Bush administration aid under its Millennium Challenge Accounts.

Ambassador Yates says this has also helped make it a “serious partner” of the US military, which provides Ghana and other countries in the region with training for peacekeeping operations. Ghana today is also an active member of the regional Economic Community of West African States (ECOWAS). President John Kufuor now heads the body and its efforts to resolve conflict in neighboring Ivory Coast, Guinea Bissau and Togo.