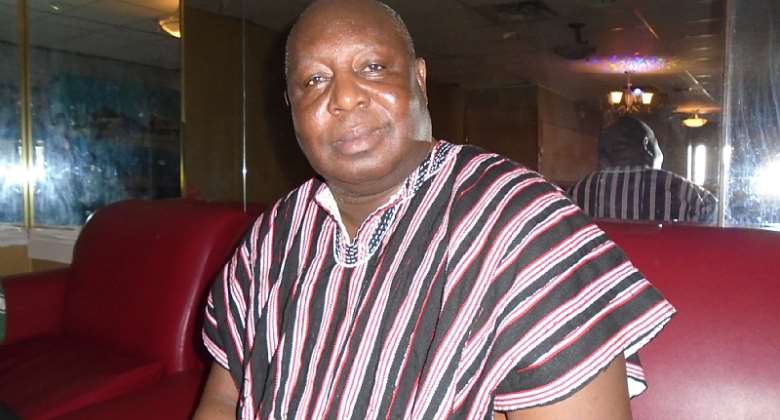 Immigrant Ghanaian youth in Toronto-Canada are being offered the opportunity to discover their hidden talents in music and arts through a show dubbed” TALENT AFRIQUE” or “AFRICAN GOT TALLENT” to be held in June, 2017.

First ten finalists of the show will sign a contract with a major recording company in North America to produce their songs.

The first prize winner of the music and arts competition will sign a contract with a major recording studio in North America to produce his/ her songs, receive a cash prize of 3,000 dollars and a free trip to Africa.

Mr. Emmanuel Quaye, a prominent Ghanaian resident in Toronto is the brain behind this maiden talent show being supported by God Dust Productions.

He disclosed these in an exclusive interview on April 20, 2017 when contacted to comment about how immigrant Ghanaian youth are falling victim to gun injuries and related assault violence in Toronto and America.

Mr. Emmanuel Quaye, observed that immigrant Ghanaian youth in North American more particularly Canada and United States of America, have rough diamonds of which lacking knowledge of how to polish them into precious minerals have fallen victim to fire arms injuries and assault related issues

He explained that African children in Canada the reason they are falling into this whole gangster image is because they do not recognize who they are and where they came from.

“They bought a lie of where they came from and somewhere along the line we have to address the lie, remove the deception and live a different vision, a different portrait of what a young black man or black woman can actually achieve” he held.

Mr. Emmanuel Quaye, noted that, African Canadians and African Americans are trying to find their true identity. But many of them are still confuse as to who they are and where they came from.

It is for this reason Mr. Emmanuel Quaye, disclosed being supported with major sponsors are going to hold the first ever African Got Talent Show in Toronto to mentor these talented youth who otherwise falls victim to gun injuries to become stars.

So far, many Ghanaians in Toronto have applauded the effort of the organizers of the show since according to them it will help keep majority of the youth away from gun injuries and related assault issues.

Immigrant children and youth from Africa and Central America have been found to be three times likely to be shot than Canadian residents of the same age.

Again it has also been found that immigrants from Africa and Central America accounted for almost 70 percent of assault-related gun injuries in Canada.

These findings were contained in a special document by researchers who analyzed hospital records to determine which groups of people are most at risk for gun related accidents or violence assault in Ontario province.

According to the report which was first published by Toronto Sun newspaper, fire arms injure a child or youth almost every day in Ontario province.

The research finding was that there were 355 fire arms injuries an average each year among children and youth about 70 percent which resulted in death.

Shocked by the news this prominent Ghanaian with support from Gold Dust Productions are coming out with this maiden show to help immigrant Ghanaian youth stay away from gun crimes.