Saving Africa’s Lake Chad: A Cornerstone for Collaboration of US and China 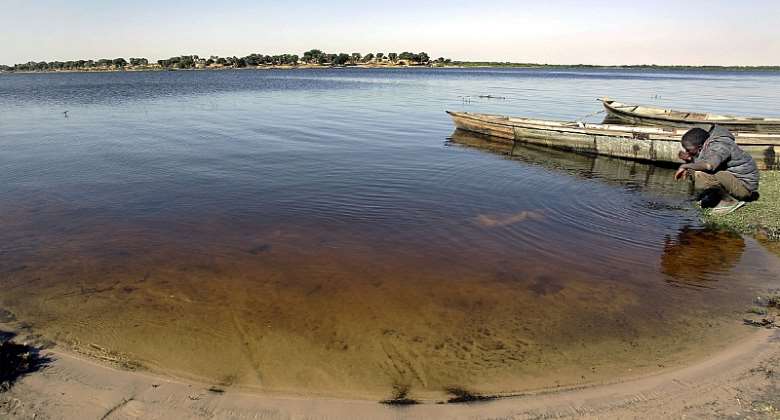 Over recent weeks, there has been considerable, long-overdue international attention given to the horrific conditions for the people living in the nations of the Lake Chad Basin (LCB). Following last month’s visit by members of the United Nations Security Council (UNSC), on March 31, they issued a first-ever resolution respecting the state of the crisis of the LCB. Now, the most important challenge to be addressed is what long-term strategic policy will be adopted to transform the LCB region, to reverse its downward spiral of abject poverty, famine, and displaced persons from the conflict with Boko Haram.

For those of us who understand the root causes of the crisis, it is clear that without a project design to refurbish the shrinking Lake Chad, all other efforts will be insufficient. Unfortunately, but all too consistently, the lack of strategic visionary thinking by policymakers in Washington DC and other Western capitals has contributed to the failure to address the underlying causes for this ongoing tragedy in the LCB.

For the very first time, the proposal to create a canal to transfer water from the Congo River Basin to the LCB is being studied by ChinaPower. Due to the tireless efforts of many of us over decades, and the extension of China’s One Belt-One Road (OBOR) into Africa, the possibility exists to provide tens of millions of Africans living in the LCB with a better future.

José Graziano da Silva, Director-General of the United Nations Food and Agriculture Organization (FAO), reports the following conditions in the LCB nations: 11 million in need of food assistance, among them 6.9 million are severely food insecure, and 2.5 million people are displaced. In northeast Nigeria 5.2 million will be need of food, with 50,000 facing famine.

From March 2-7, the UNSC visited Cameroon, Chad, Niger, and Nigeria. On February 24, a total of $1.458 billion was pledged ($1 billion by Nigeria), at the Oslo Humanitarian Conference for Nigeria and the Lake Chad Region. On March 31, the UNSC unanimously adopted resolution 2349 (2017), with 34 recommendations. These actions express a greater concern for the LCB region than previously, but avoid the supporting the most crucial requirement for long-term stability; replenishing Lake Chad. The resolution focuses primarily on defeating Boko Haram and ISIL, barely mentioning the effects of the shrinking Lake Chad in exacerbating the hardships in the region. It does little more than recognize that “promoting development and economic growth” is part of a comprehensive approach to combating violent extremism, while failing to make any recommendations of how to achieve such growth. Speaking on the resolution, Ambassador Tommo Monthe from the Cameroonian Mission to the UN does make the point that “regional countries understood that the military response, though essential, should be part of a holistic approach.” FAO Director da Silva notes that Lake Chad has lost 90% of its water mass since 1963, and has resulted in “devastating consequences on food security and the livelihoods of people” dependent on fishing and food production. His beggarly proposal is to save water through new irrigation techniques, but what is vitally needed is to create more water by recharging Lake Chad.

The Time for Transaqua has Arrived
Over 35 years ago, Engineer Dr. Marcello Vichi designed a farsighted, breathtaking proposal to bring water to the arid Sahel; he called it Transaqua. His proposal was to divert 5-8% of the waters from the tributaries to the Congo River, which are presently unused, through a navigable canal reaching the Chari River that empties into Lake Chad. According to his calculations, this inter-basin water transfer project would increase the depth and area of the lake to its proximate 1963 level. As importantly, the canal would also function as an essential feature of an economic corridor between the Congo River Basin and Lake Chad Basin that would include generation of hydroelectric power, an increase in irrigated farmland, and expanded trade. Thus, the full potential of this great water-transfer infrastructure project would affect a significant portion of the entire continent when realized.

It is well understood that poverty, lack of food, high unemployment, and lack of meaningful economic activity are drivers for conflict, yet for over three and half decades the international community has never bothered to make the smallest expenditure for feasibility studies to examine the potential of Transaqua. The international community willingly spent billions of dollars on military counter-terror measures, billions more on humanitarian aid, while millions of lives were lost in unnecessary bloody conflicts, but refused to even consider a revolutionary new concept to develop the nations of the Sahel and Great Lakes.

The flame for this novel idea of Transaqua was kept alive until, finally, in December 2016, when ChinaPower signed an agreement with the Nigerian government and the Lake Chad Basin Commission (LCBC) to conduct a $1.8 million feasibility study respecting a segment of the Transaqua design. Despite support by Nigerian President Muhammadu Buhari, and Sansusi Abdullahi, Executive Secretary of the LCBC, to save Lake Chad by transferring billions of cubic meters of water, as opposed to the fallacious concept of simply conserving disappearing water, funding was not available until China’s intervention. ChinaPower’s actions regarding Lake Chad are paradigmatic of China’s approach to erecting infrastructure projects across the continent. Ask yourself: Who is funding and building the great expansion of railroads across Africa today?

The West Lacks Vision for Economic Growth
Sadly, for the United States and the world, President Franklin Roosevelt was our last great leader who possessed the knowledge to generate new physical wealth by using American System methods of credit creation for funding great infrastructure projects. Perhaps surprisingly, it is Chinese Present Xi Jinping’s global development policy--OBOR or the New Silk Road--that most closely echoes Roosevelt’s commitment to economic growth. Western leaders, along with the citadels of global finance, are suffocating society with ideologically driven, narrow, short-term thinking, restricting their judgment of what is necessary and possible to transform the present into a better future.

The severe limitations of this ideologically attenuated mindset were revealed to this author at a day-long conference in Washington, DC on April 11. Sponsored by the US Institute for Peace (USIP), the Carter Center, and the UN Office for West Africa and the Sahel (UNOWAS), the speakers and specialized audience explored the theme and title of the conference: “Can China and the United States Find Common Ground with Africa.” Ambassador Mohamed Ibn Chambas opened the day-long proceedings, discussing the need to address the root causes of insecurity, the vital importance of Lake Chad, and the need to transfer water via a canal from the Congo River Basin. However, it was in the final panel: “Cooperating to Counter Violent Extremism in the Lake Chad Basin and Beyond” that the sharp difference in outlook between this author and most of those participating became publicly evident.

Mohamed Yakubu, Nigerian Defense Attaché, made the germane observations regarding the LCB and Nigeria: that Lake Chad is the only body of water in the Sahelian desert; the desert is moving south at the rate .6 kilometers per year; and that in northeast Nigeria, where Boko Haram has been most active, rates of illiteracy and poverty exceed 70%. Most relevant, were the comments by Yawei Liu, Director of the Carter Center’s China Program, who, in an earlier panel, emphasized that the OBOR was not a just a five- or ten-year program, but a fifty-year program, and that northeast Nigeria could be a place for US-China collaboration. While the representative from the US Department of State acknowledged that US-China relations are unexplored in the LCB, his main focus on collaboration was short-term humanitarian needs and countering Boko Haram. The USIP representative repeated that cooperation must be holistic, long-term, and provide stability, but did not provide an actual long-term strategic policy for such collaboration.

This author was able to challenge the conference attendees with a concrete proposal to advance China-US relations in Africa, which would alleviate the suffering of Africans in the LCB region. To wit: The US organizations present should support and collaborate with China for the realization of the Trasnaqua water-transfer project. This level of cooperation would solidify a strategic partnership by the two leading world powers to act for the “common aims of mankind” for the benefit of Africans. Since ChinaPower has already initiated the first step with its commitment to a feasibility study of Transaqua, it would be relatively easy for the US to advocate for and assist in bringing this transformative project to fruition, thus implicitly becoming part of China’s OBOR.

Regrettably, the moderator and panelists did not endorse this author’s proposal, or even respond. Their cold reaction displayed precisely the lack of vision that permeates the grossly deficient US policy toward the development of Africa. However, there is still time to seize this opportunity, if US policymakers adopt a new paradigm of thinking; one that is more closely aligned to China’s One Belt-One Road.

I don't recall we ever changing a leader in the middle of a ...
21 minutes ago