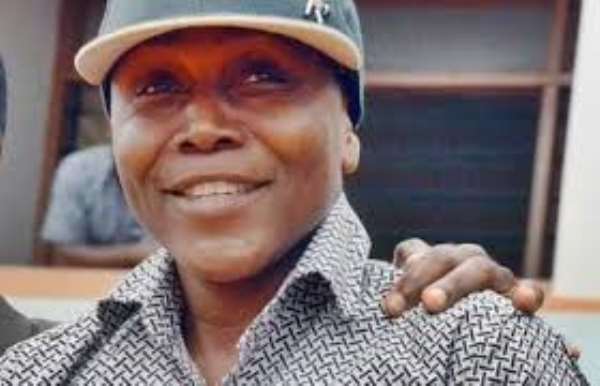 By Hafsa Obeng, GNA Accra, April 7, GNA - The first prosecution witness, Hajia Zainab Adams on Friday identified the dress and shoes of her deceased husband and gallon containing the substance that was poured on him to an Accra High Court hearing the case of the murder of the former Upper East Regional Chairman of the New Patriotic Party,

She said identified the brown shirt, ash trousers and the black shoe her husband wore on the day the incident happened to the court.

Concluding her evidence in chief, Hajia Adams said on the said day, she came out of their house and saw her husband crying that he was in pain and was burning and mentioned the accused person Gregory Afoko and one Asake as having poured the substance on him, she pulled him out of the vehicle onto the floor.

She said she sustained injuries of burns on her arm and breast in the process of pulling her husband from the vehicle and showed the scars to the court.

'I went to the hospital for treatment on the same day and was treated and discharged. When I got home the police came back and took pictures of the burnt arms and breast.'

During cross examination the witness said on the day of the incident her husband came home after 2330 hours, with the acid burns reiterating that the substance was poured on him on his way home and not at their house.

Counsel for the accused person, Mr Osafo Boabeng asked how she managed the soaked cloth on her husband she said she covered her fingers with a polythene bag before removing the cloth, and after that left it at the scene.

She said when she removed the cloths, she put them in a polythene bag in the presence of the police and handed it over to the police.

The case was adjourned to April 11, for continuation of cross examination.

At the last adjourned date, Hajia Zeinabu Adams, told the court that on the day of the incident when she visited her husband in the hospital, he told her that it was Gregory and Asake now at large who poured some substance on him.

She told the court that some police officers later came to the hospital to visit the deceased and inspect the substance that was poured on him.

Afoko, a farmer is alleged to have killed Mr Adams Mahama.

He is being held on the charges of conspiracy to commit crime to wit murder and murder, he has pleaded not guilty before a seven-member jury at the court.

The prosecution intends to call 14 other witnesses, aside Hajia Adams to make their case.

It is alleged that he carried out the act with one Alandgi Asake who is on the run.

A third accomplice, Musa Issa, was granted bail after the Attorney-General opined that there was not enough evidence to put him on trial.

GNA files indicate that on February 23, last year, an Accra District Court committed Afoko to stand trial at the High Court to answer to the charges against him.

The State indicated at committal proceedings before the Magistrate Court and tendered over 17 exhibits in respect of the trial.

The exhibits include Afoko's caution and charge statements as well as a post mortem report of the deceased conducted on November 25, 2015, by Dr Lawrence Edusei; a medical report on the deceased wife who also sustained injuries in her bid to assist the deceased when the incident occurred.

The rest were various reports from the Ghana Standard Authority (GSA), a pair of blue-black track suit belonging to Afoko and photographs of the crime scene.

Prosecution is being led by Mr Amponsah, Chief State Attorney, who told the court that the deceased was a contractor who lived at Bolgatanga SSNIT Flats in the Upper East Region and also the NPP Regional Chairman.

According to Mr Amponsah, Afoko also lived in Bolgatanga and was the younger brother of Mr Paul Afoko, former National Chairman of the NPP.

On May 20, 2015, the deceased left his house to his construction site in his pick-up truck with registration number NR 761-14.

The Chief State Attorney said the deceased returned to the house in the night and at the entrance of his house, two men signaled him to roll down the window of his car.

The deceased obliged and the two men, however, poured acid on the deceased and fled on a motorbike.

He said Mrs. Adams also sustained burns on her chest and breast in her bid to assist the victim.

According to Mr Amponsah, the deceased told the wife that it was Gregory and Asanke, who poured the acid on him.

He said the passenger and driver's seats were soaked with the acid and a pair of track suit used by the accused was also picked up.

Afoko was picked up at about 0200 hours in his house and he led the Police to Asake's house. Asake was, however, not available.

A postmortem conducted on the deceased by Dr Edusei indicates that Mr Adams died of extensive acid burns.