Ghana is committed to meeting the SDGs - Minister 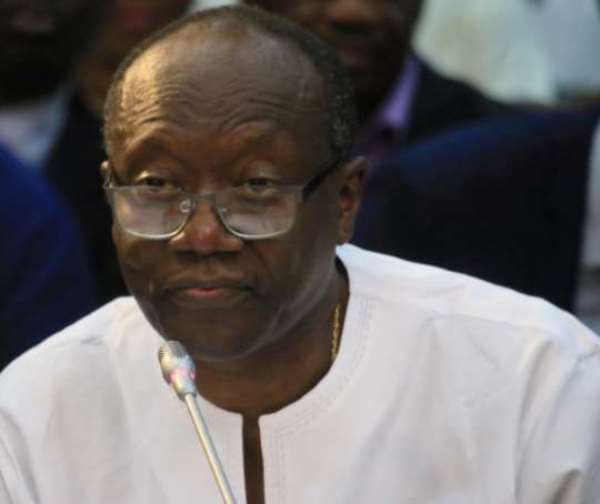 By Godwill Arthur-Mensah/ Linda Baah, GNA
Accra, April 5, GNA - The Minister of Finance, Mr Ken Ofori-Atta, on Wednesday gave the assurance that the Government would collaborate with the relevant stakeholders in meeting the Sustainable Development Goals (SDGs).

He said Ghana had proved to be a critical player throughout the negotiations of the SDGs adding that since their adoption she had remained committed to their implementation and monitoring.

Mr Ofori-Atta said this in a speech read on his behalf at Ghana's Data Roadmap Forum in Accra.

The Minister said: ''Ghana has remained committed to the goals, therefore, an SDGs Implementation Coordinating Committee has been established with representation from the Ghana Statistical Service, civil society organisations, the private sector and academia in realising the targets''.

He said the Committee had been working to align the SDGs to national and regional economic priorities and galvanise support towards achieving the goals.

The Minister said the goals were underpinned by the commitment to peace and justice in all countries.

He said key among the goals were ending poverty and hunger, gender equality, recognising the equality of all people, clean water and energy and commitment to responsible consumption.

He said Ghana, through the Statistical Service, had been actively looking for new ideas and innovations externally to meet the data challenges of the goals.

He said the country had joined a global network for harnessing resources for meeting the SDGs and expressed optimism that the global partners would work towards meeting the target by 2030.

Dr Claire Melamed, the Executive Director of the Global Partnership for Sustainable Development Data, said data was key infrastructure for social programmes, therefore, for any society to progress there was the need to know more about the world around it and get new data sources.

She said the forum would enable data actors across the globe to share their experiences and opportunities in realising their goals.

Dr Melamed noted that Ghana had been a leader in the SDGs and, thus, had shown commitment and energy in realising them.

The two-day event brought together delegations from Kenya, Senegal, Sierra Leone, Denmark and the United States of America.

There were other delegations from some state institutions that were directly involved in data gathering and some civil society organisations across the country.