Uneasy Calm At Airtel, TiGO As Staff Unaware Of Their Fate After Merger Announcement 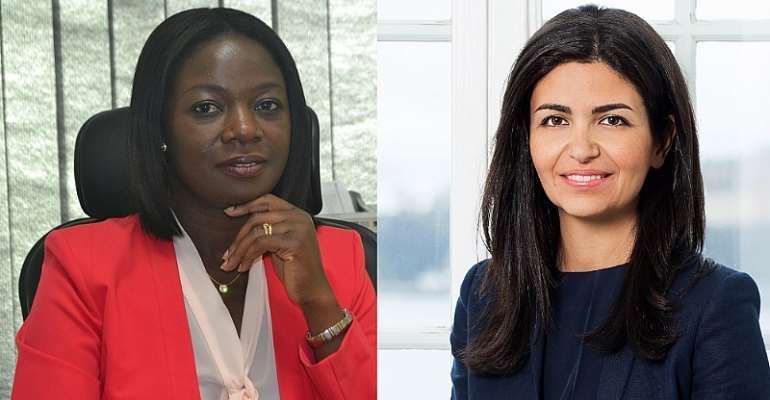 There is uneasy calm among staff and some management members of Airtel Ghana and Millicom Ghana, operators of tiGO. This follows the formal announcement of a merger between the two companies in their quest to dominate the highly competitive telecoms market as the second biggest telco in the country after MTN.

Mergers in many parts of the world including Ghana often come with staff rationalisation with some workers losing their jobs. It is against this background that the workers of the two companies are beginning to count their days in their respective companies after the merger announcement.

Reactions
Speaking on grounds of anonymity when the GRAPHIC BUSINESS engaged some members of staff including those in senior management positions last week, they visibly expressed worry about the latest turn of events as they were wondering what was in store for them in the deal.

“The situation is such that I have no idea what will happen to me and my colleagues in the two companies because information regarding our status is scanty,” one staff at Airtel said.

According to her, in spite of the assurances given to staff during durbars, the new direction for the shareholders of the two multinationals is not clear.

“It should not only be about the shareholders interest and that of customers as we hear. We also matter and, therefore, we must hear something positive any moment”, she added.

Another staff from tiGO said “the merger will definitely come along with some major cuts in staff numbers and one cannot be sure on who the axe will land”.

He said much as work was going on normally, people were seeking other opportunities elsewhere as part of preparations towards what he described as the ‘D-day’.

Others workers prevailed on the industry regulator, National Communications Authority (NCA) and the National Labour Commission to ensure that workers are not shortchanged when the deal is finally consummated in Accra.

“We heard what happened in some other sectors including financial institutions and even in our own telecom sector when some of these mergers happened and we do not want to go through the same bitter experiences some of our friends and relatives experienced back then,” they said.

Airtel’s response
The Head of Corporate Communications at Airtel Ghana, Mr Richard Ahiagle, in an interview on March 9 said it was early to preempt the impact of the merger on the staff because the merger and its processes could take some time.

He explained “what we did last week was the announcement, these things take a bit of time. So first things first, we need to get approval from the regulator, and then the other processes will follow. As far as I know, it is still early days yet.”

He however gave the assurance that staff would not be left worse-off when the deal is finally signed.

“This thing could take up to a year or a year and half, you never know the actual time. When we get there we will definitely have a clear position on what the impact will be. These are people who have worked with us for a long time and we have to make sure they are not worse off, so all the necessary things will be put in place to ensure that,” he said.

tiGO comments
tiGO Ghana’s General Manager, Madam Roshi Motman, is quoted as saying last Wednesday that the moment the transaction is done there will be redistribution of management within Ghana with retention of best talent from both companies to drive the combined entity towards profitability.

Meanwhile, she is expected to lead the new organisation.

She said “Until we get regulatory approval, both Airtel and tiGO will continue to operate under the leadership of their current CEOs”.

On issues relating to staff, she said “Once the transaction closes there will be reallocation of resources within both Airtel and Millicom with the objective of rationalisation of operations. We can expect some headcount reduction as we need to ensure key functions are not duplicated. Until we get regulatory approval, no change will happen. Both tiGO and Airtel would continue to operate as usual.” “We had a safe durbar and the Regional teams called in. There were many questions”.

“Once the transaction closes there will be reallocation of resources within both Airtel and Millicom with the objective of rationalisation of operations. We can expect some headcount reduction as we need to ensure key functions are not duplicated. This will be done in accordance within the Ghana Labour law”, she said.

She was however quick to add that “Until we get regulatory approval, no change will happen. Both Tigo and Airtel would continue to operate as usual.”