Ghanaian businessman in Switzerland is Hot! 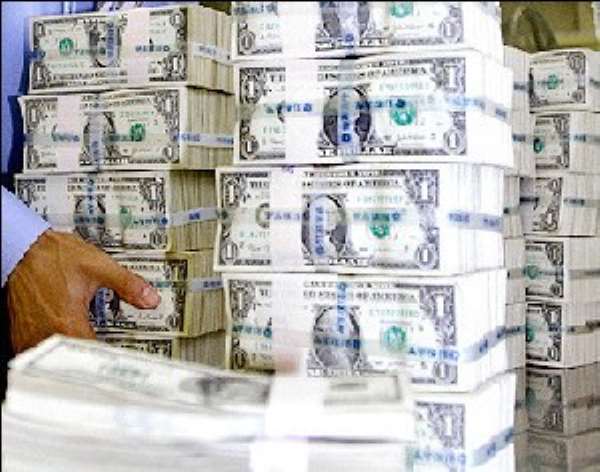 Swiss Investigates Possibility of Bribery in U.N. Contract A Swiss judge is investigating possible bribery charges involving a $50 million contract to renovate the headquarters of a Geneva-based United Nations agency, according to government documents and Swiss and American officials. Jean-Bernard Schmid, the Geneva-based judge who has led the criminal inquiry, said in a telephone interview on Friday that his investigation was focusing on Ghanaian businessman Michael "Sly Willy" Wilson, who was a consultant to the company that won the renovation contract at the World Intellectual Property Organization. Mr. Wilson has been identified by investigators as a business associate of Kojo Annan, the son of Kofi Annan, the United Nations secretary general. The judge said Kojo Annan was not a target of the investigation. Investigators said the judge was trying to determine if Mr. Wilson had bribed a senior official at the United Nations agency to win the renovation contract. Edward "Stix" Kwakwa, the agency's legal counsel, said Khamis Suedi, a top official at the intellectual property agency, acknowledged having received 325,000 Swiss francs, about $270,000, from Mr. Wilson, but said the money was from a private business venture that had no connection to the agency's construction contract. In an interview, Mr. Suedi said he had had nothing to do with the awarding of the contract. Mr. Kwakwa said the agency's internal regulations, which are under review, permitted agency employees to have outside business interests as long as they were reported to the agency, approved by the agency's director and did not involve intellectual property. Mr. Suedi recently informed the agency that he was leaving in late April to pursue other activities, Mr. Kwakwa said, adding that he was not aware that Mr. Suedi had violated any rules of the agency, which registers and protects intellectual property. Mr. Wilson did not return repeated phone messages seeking comment. The criminal investigation was first reported Friday by Le Temps, a Geneva-based newspaper. Judge Schmid confirmed information published in the article, but declined to elaborate on details of his inquiry. Mr. Wilson's relationship with Kojo Annan was cited in a recent report issued by the United Nations commission investigating its oil-for-food program in Iraq. According to the commission, Mr. Wilson was a vice president at Cotecna Inspection S.A., a company that worked for the oil-for-food program, and Mr. Wilson helped get Mr. Annan a job at the company. After both men left Cotecna, they became partners in a consulting business in Africa, according to investigators in the United States and Europe. Kojo Annan's lawyer, Clarissa Amato, declined comment for publication. The Swiss investigation concerns Mr. Wilson's activities in Geneva. Mr. Kwakwa said Mr. Wilson had been an intern at the intellectual property agency "decades ago" when his father was posted in Geneva as an ambassador from Ghana. Mr. Kwakwa said that more recently Mr. Suedi told officials there that he and Mr. Wilson had been doing work that involved "benevolent, nongovernmental organizations." Mr. Kwakwa said the outside work had been approved by the agency. In a March interview, Mr. Suedi said that he and Mr. Wilson had done some consulting work in connection with the prospective purchase and management of hotels in Tanzania, but that it "hadn't worked out." Officials said that after opening the investigation last year, Judge Schmid ordered Mr. Wilson jailed for nine days, during which investigators reviewed his computer files and bank records. Investigators said he was released after he agreed to cooperate with the inquiry and acknowledged having received a large consulting fee from the BPS construction consortium - comprising Béric S.A., Perret and Seydoux-DMB, - that renovated the headquarters. He also acknowledged having made a payment to Mr. Suedi. The agency is one of several United Nations agencies and affiliated organizations whose management practices have recently been criticized by internal and outside reviews. A review published in February by United Nations officials in New York recommended substantial changes in the agency's budgeting and personnel policies. "The inspectors believe a headquarters review and needs assessment should be undertaken urgently," says the review, a copy of which is posted on the agency's Web site.